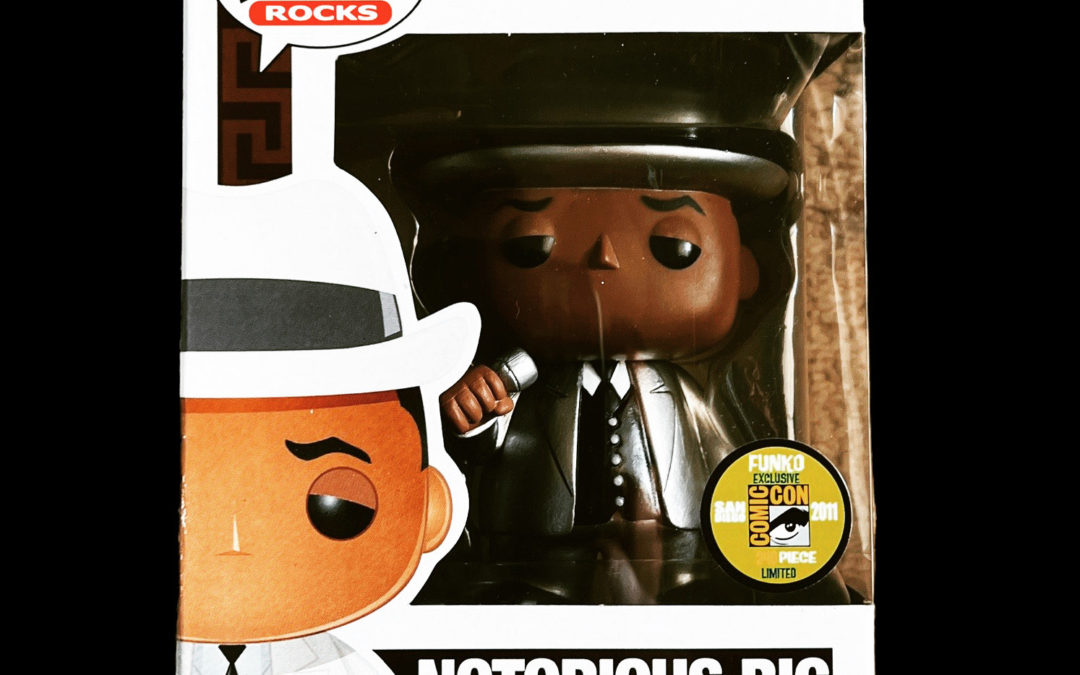 4th in the series of Classic Hip Hop Toy Gems is the 2011 Funko PoP! San Diego Comic Con (SDCC) Exclusive Notorious B.I.G.
This piece was exclusive to SDCC right before the PoP! phenonium came to prominence.  It was limited to 240 made.
It is considered by many to be one of the holy grails of Funko PoP’s known to sell between $2,000-$2,500.00 depending upon condition.
The “Chrome” was done just the right way.  For example, just his suit and hat is chrome, not the whole figure like most “chrome” figures.
Find gems like this in-store at Trill! 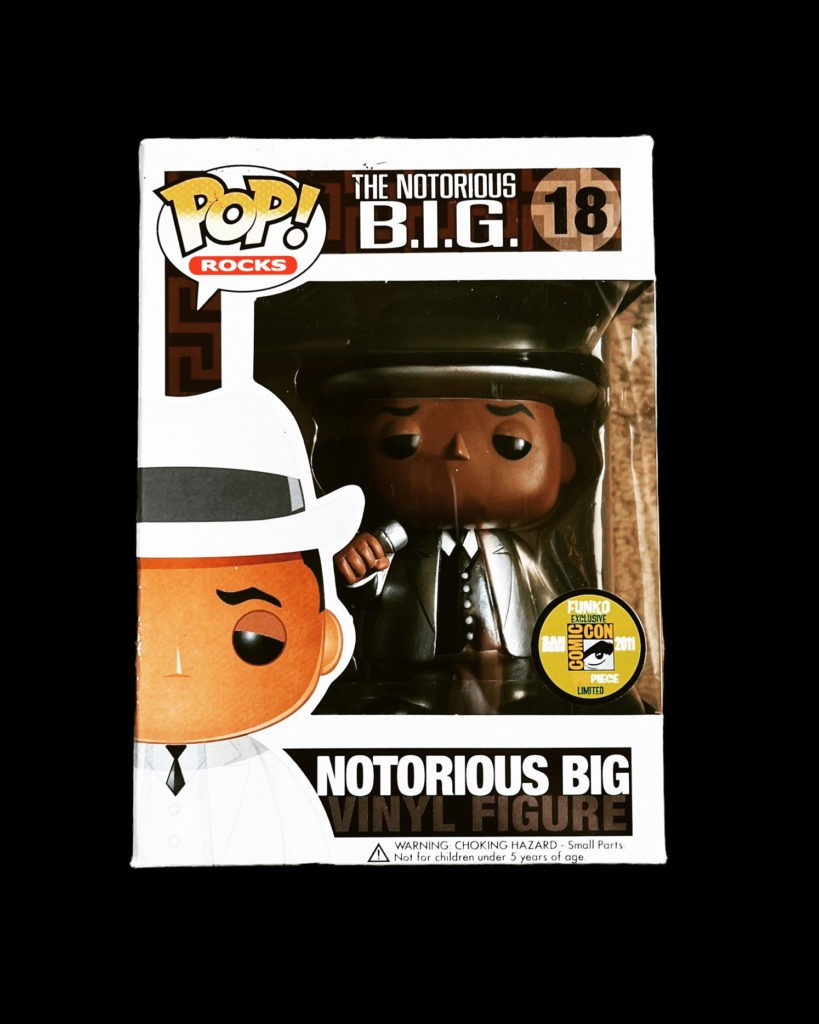