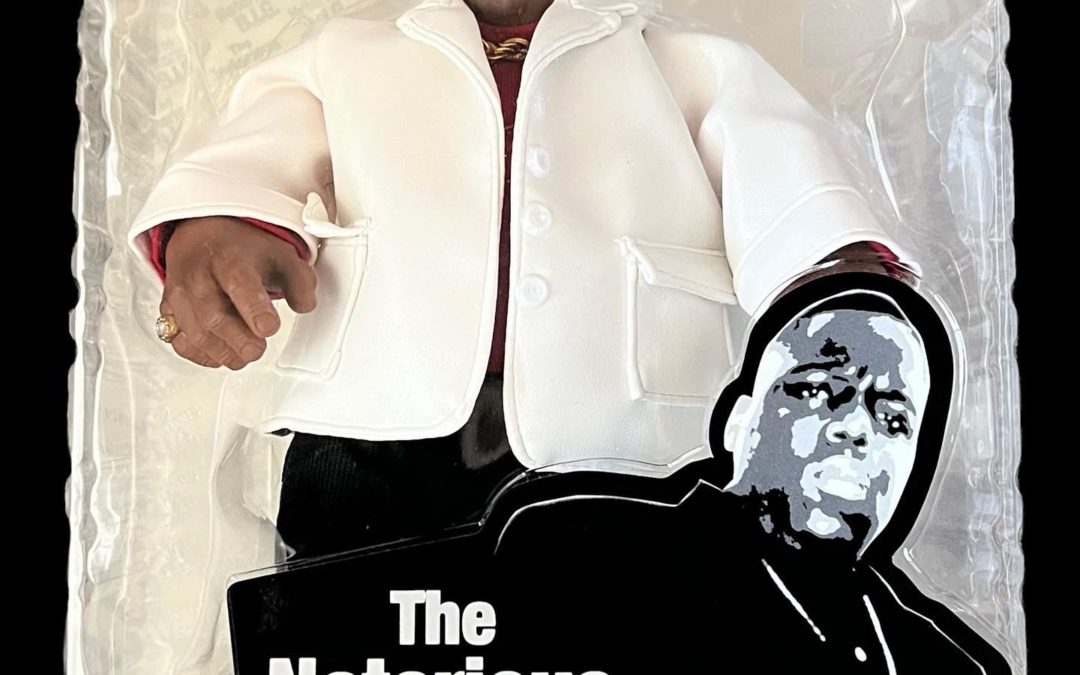 2nd in the series is the 2006 Mezco Direct Club Exclusive Notorious B.I.G.

No production numbers were released but this version is “widely accepted” to be the rarest of all five versions released edging out the NYCC “Juicy” in rarity.

Find this gem and gems like this in-store at Trill!