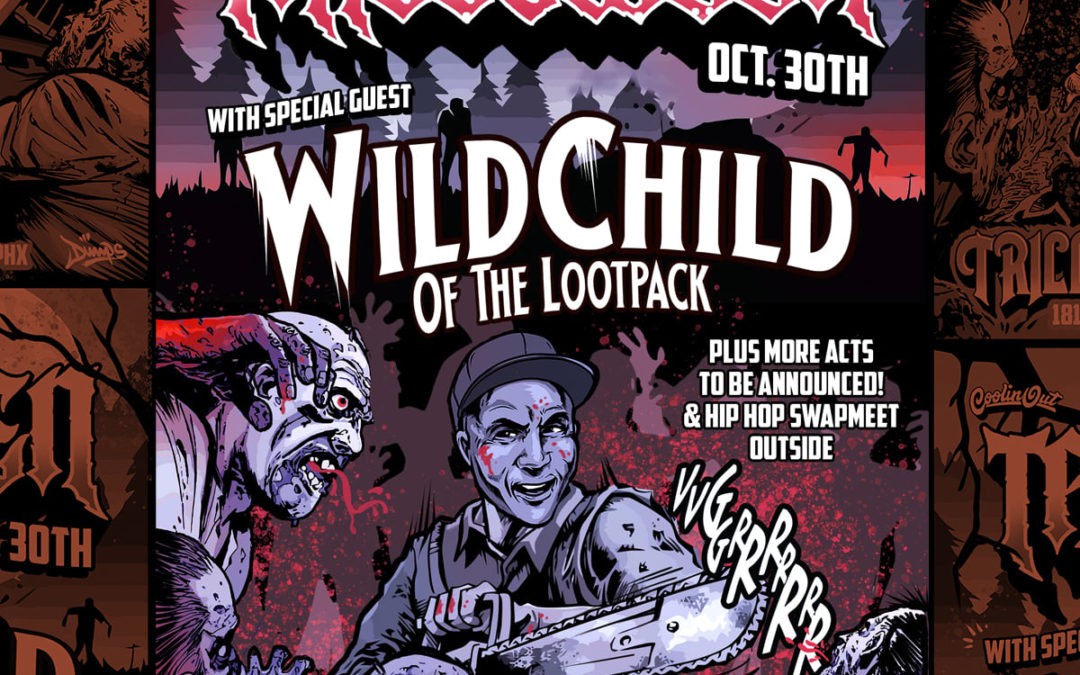 Wildchild of Lootpack has just been added to the Trilloween lineup. This year’s Trilloween party keeps getting better and better! So now we have Kool Keith, Bronze Nazareth, A.F.R.O., Tha Alkaholics, Bukue One, and Teek Hall scheduled to perform at this special Trill Hip Hop Shop Halloween event. From my understanding, their may be more to announce as well.

Wildchild is an California based MC that has been making moves since 1992. He was a part of Lootpack, an underground hip hop group that consisted of Wildchild, Madlib, and DJ Romes. They released an EP, ll Psych Move EP, in 1996 on a label named Crate Digga’s Palace. Shortly there after, they signed to Stones Throw and dropped their first full length project, Soundpieces: Da Antidote. The album was very well received and got heavy play within the underground community. No follow up was ever made.

Wildchild went on to release his first solo album, Secondary Protocol, in 2003 on Stones Throw Records. The project was produced by Madlib and Oh-No, and featured guest spots by Medaphoar, LMNO, Percee P, Planet Asia, and Aceyalone. Again, the album took the underground scene by storm. After that he continued to go on and  release 2 more full length studio projects, Jack of All Trades in 2007 and T.G.I.F. (Thank God It’s Funky) in 2014.

Wildchild is still around doing his thing despite not releasing any studio projects in the last few years. Case in point, him performing at Trilloween 2021. These days he spends much of his time being a father and enjoying other aspects of life. A little over 10 years ago Stones Throw released a dope documentary on Wildchild. Peep it below.

The addition of Wildchild has really put this Trilloween party over the top. Remember, this will be held at Trill hip hop shop on October 30th. There will also be a swap meet taking place in the side lot of the shop featuring vendors selling all sorts of hip hop goodies.

If you are looking to book a vendor space for the swap meet, hit the shop up on their official Facebook page here or shoot them a call at 602-595-4510. Make sure you do it soon though as there are just a few vendor spaces left.

Also, we will be announcing a special VIP package for Trilloween including some collectibles, streetwear, and some other goodies, as well as guaranteed entrance to the event. 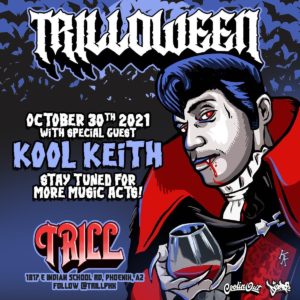 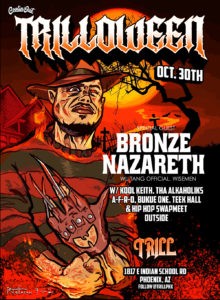 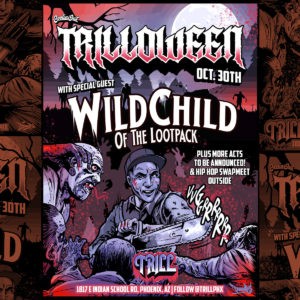 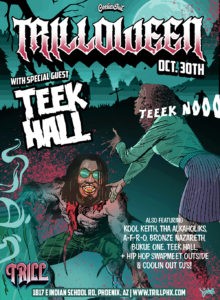 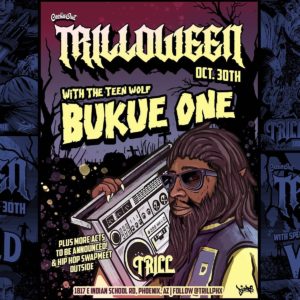 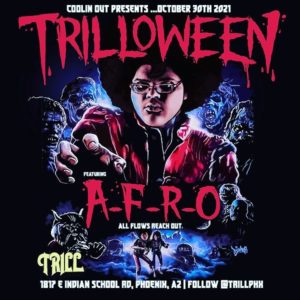