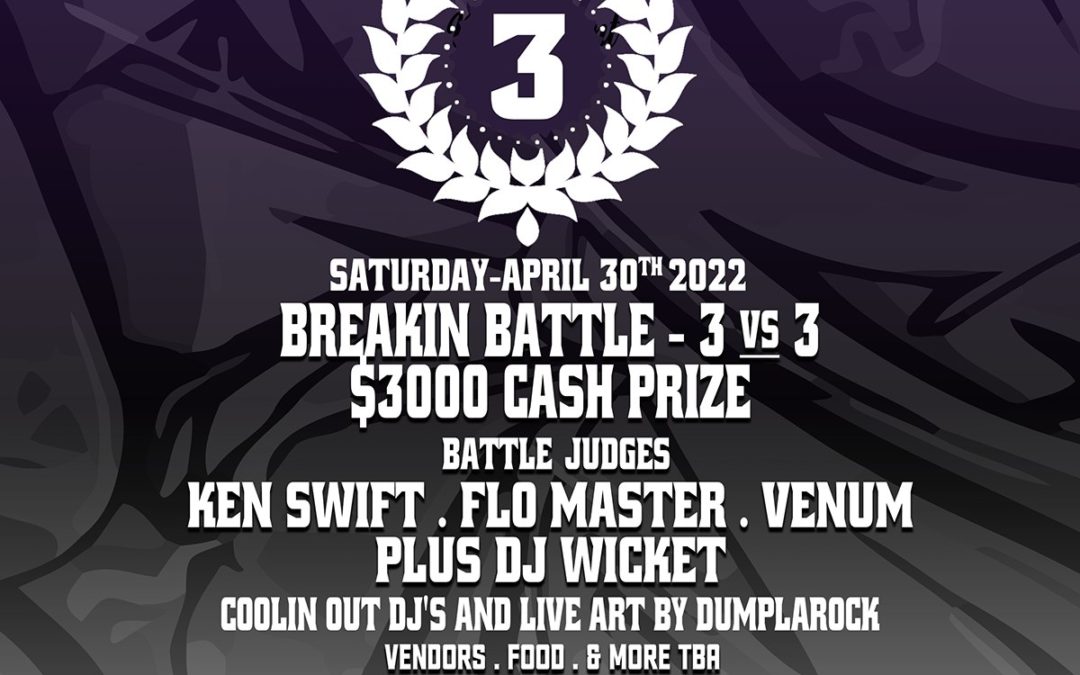 Trill’s 3 year anniversary is almost upon us and the first leak of the anniversary activities are here, a 3 vs 3 breakin’ battle where the winner take $3000 cash! Do you think you have what it takes to bring home the 3k prize?

Trill’s 3 year anniversary goes down Saturday, April 30th at Trill Hip Hop Shop. So far all we know about is the 3 vs 3 breakin’ battle, but rest assured there is much more in the works. Last year’s anniversary included Kool Keith, El Da Sensei, D-Stroy, Supreme La Rock, Lord Finesse, Breakbeat Lou, Supernatural, Aceyalone, and Ras Kass just to name a few. I can assure you that this year’s guests will be of the same caliber.

The 3 vs 3 Breakin’ Battle will be judged by some of the most world renown B-Boys… Ken Swift, Venum, and Flo Master with sounds provided by none other than B-Boy Wicket. With a $3000 cash prize up for grabs, I expect to see b-boys/b-girls show up from all across the country. This is going to be epic to say the least. 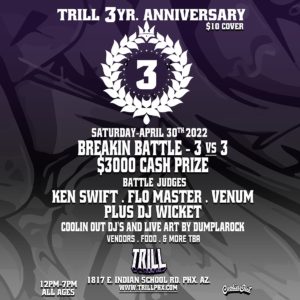