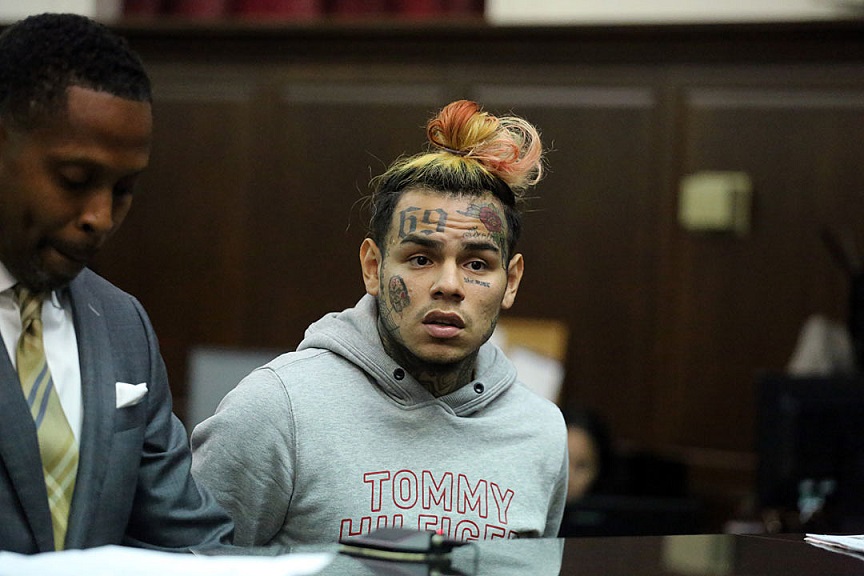 Tekashi 6ix9ine this past Sunday Sunday evening (Nov. 18th) and charged with racketeering and firearms charges. Apparently the Brooklyn based hip hop artist did not learn his lesson from his numerous past brushes with the law and could now be looking at life in prison. 6ix9ine was locked up along with his fellow Nine Trey Gangsta Bloods members Jamel Jones (Mel Murda), Kifano Jordan (Shottie), Jensel Butler (Ish), Fuguan Lovick (Fu Banga) and Faheem Walter (Crippy) as part of an ongoing investigation by the ATF, NYPD and the Department of Homeland Security. His bail has been denied and he currently remains in federal custody.