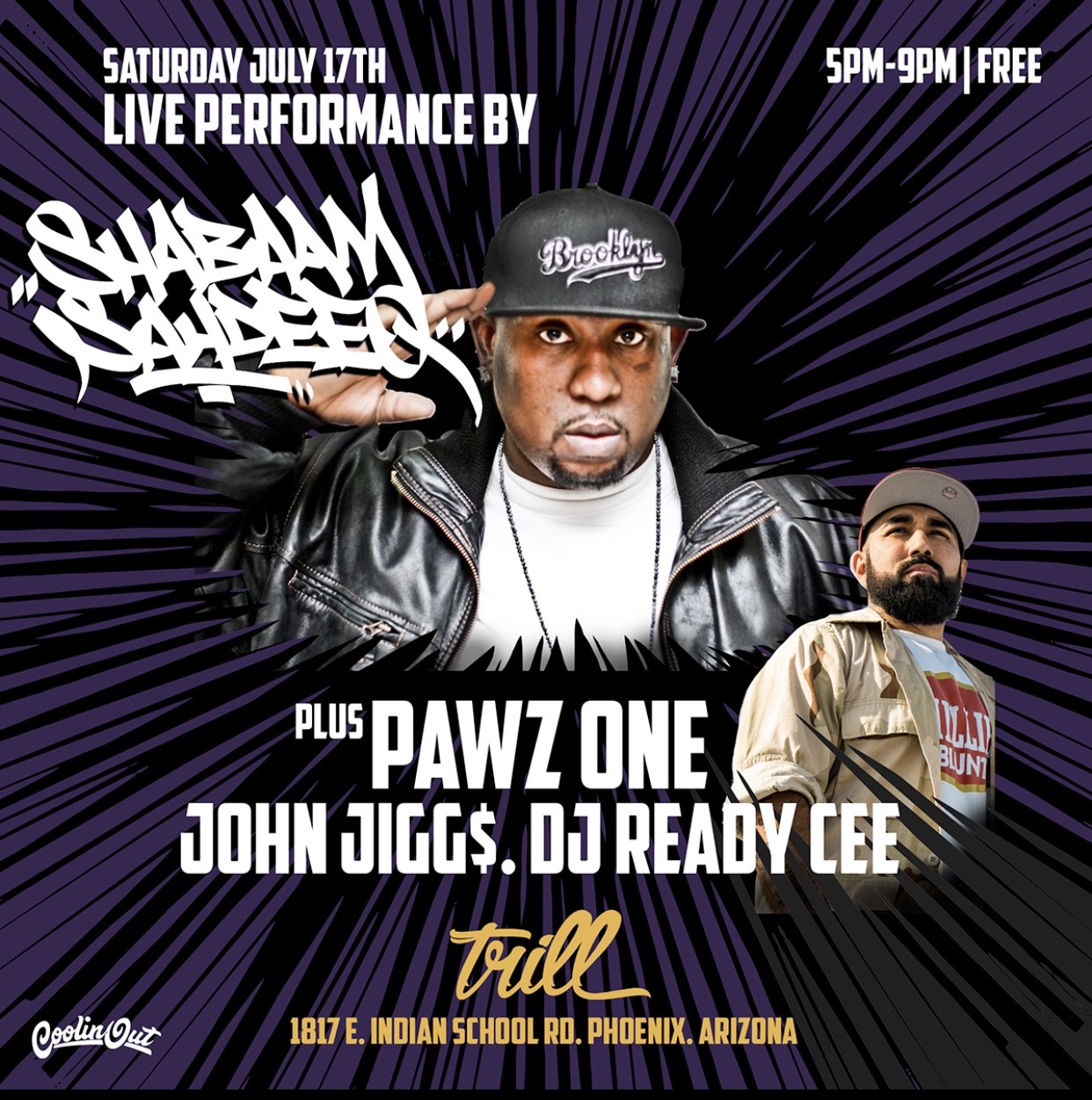 This is going to be dope! Shabaam Sahdeeq, Pawz One, John Jigg$ and DJ Ready Cee will be performing at Trill Hip Hop Shop on Saturday July 17th from 5pm – 9pm.

I have been a HUGE fan of Shabam Sahdeeq since I copped his 12″ release of Arabian Nights bw Side 2 Side. In 1998, Sahdeeq collaborated with DJ Spinna, Mr. Complex and Apani B to form the hip-hop collective Polyrhythm Addicts who were also on heavy rotation in my sets. He had also contributed to the Soundbombing and Lyricist Lounge series, which we all (during that time) were playing non-stop. That was the era of hip hop when literally everything coming out was dope, and Shabaam was always on top of the list for me. He is a beast of a lyricist and one of the few of that era that has maintained relevance throughout the years.

Also performing will be the homie Pawz One. He is one of LA’s dopest underground MCs. His grind is 2nd to none. He has won national awards and earned the respect of his peers worldwide. I have known Pawz for some time. We have done a handful of shows together over the years and I always look forward to his sets. One of the things I appreciate about him the most, he is as humble as he is talented.

John Jigg$ is performing as well. Although I am less familiar with him, a quick Google search showed me all I need to know. Dude is nice to say the least. I peeped one of the tracks off his release The Madness, and I was thoroughly impressed.

This event is just another example of how Trill Hip Hop Shop and it’s team is putting in work to keep hip hop alive in the Valley of the Sun. Oh yeah, this is another free show… Boom!