Pac Man Spray Can from Colors 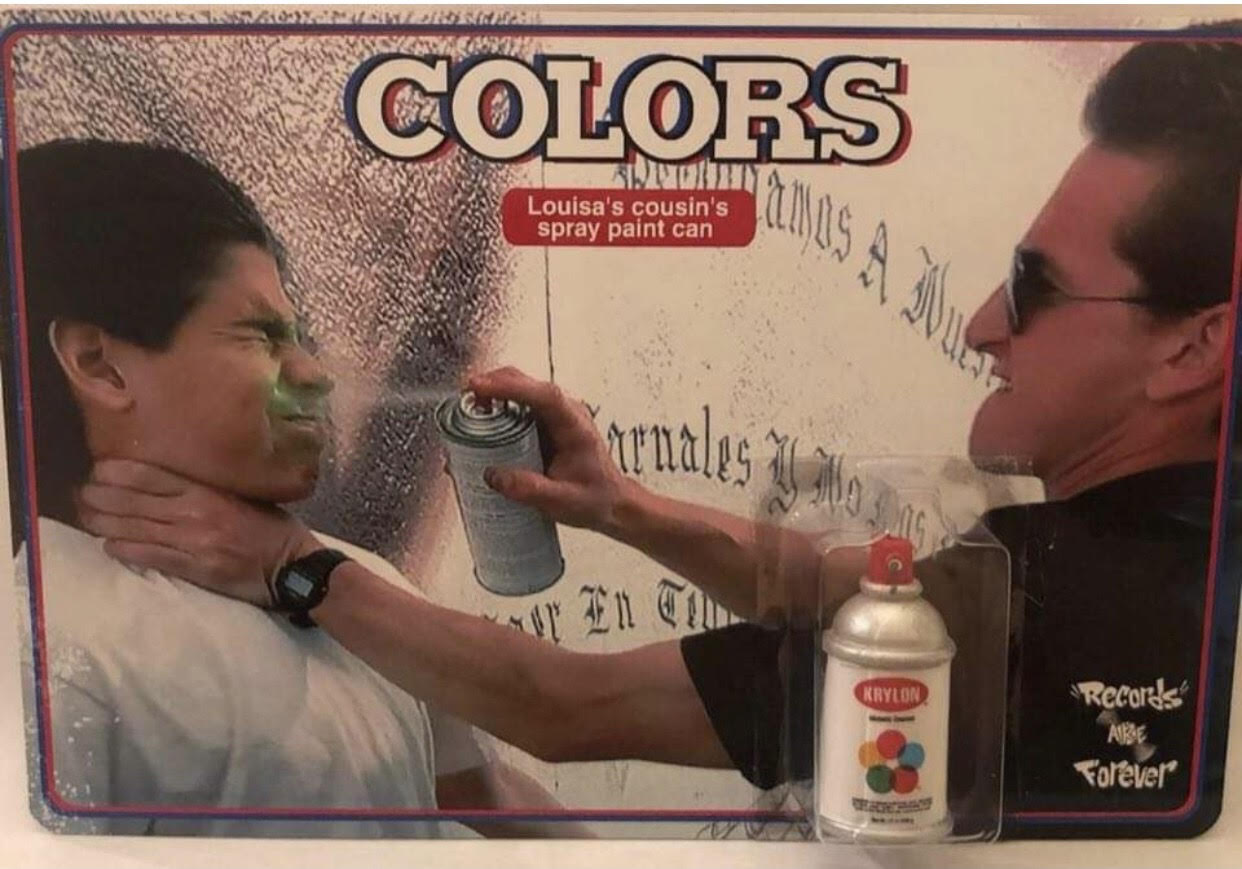 Colors. ‘You ever heard of Earl Scheib, Holmes?!’ ‘Pac Man’ the dickhead cop from Colors clowned as he spray painted Louisa’s cousin in the face with that puke green Krylon. Now you too can own this piece of hip hop memorabilia. Limited Edition collectors figure by Records are Forever is now in at Trill. Dennis Hopper’s 1988 gangster cult classic highlighted the tension between police and the gangs of South Central Los Angeles. You were probably singing Ice T’s hit theme song Colors when it came on the radio or popped up on MTV Raps. The soundtrack included Big Daddy Kane, Kool G Rap, War, and others. Just remember, our war wont end, till all wars cease.