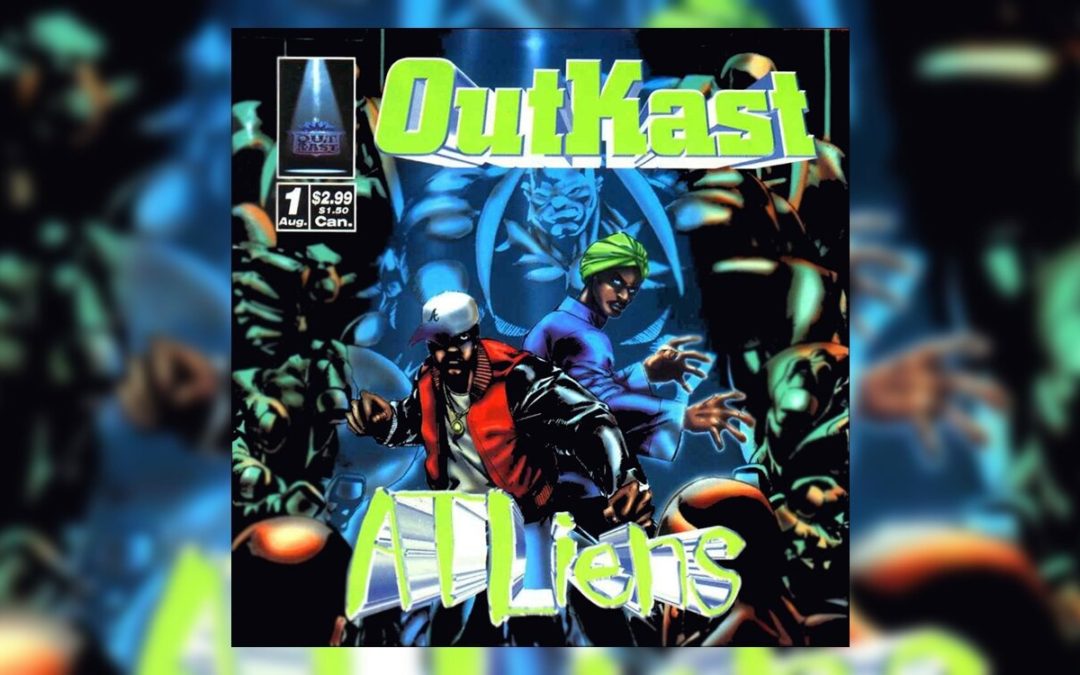 ATLiens is the Outkast‘s second studio album and was released on released on August 27, 1996. Comprised of André 3000 and Big Boi, the Atlanta based duo dug deep into their creative pockets adding touches of gospel, dub, and psychedelic rock to this sophomore project. ATLiens debuted at number two on the US Billboard 200 chart, selling over 350,000 copies within it’s first two weeks of release and went on to be certified double platinum by Recording Industry Association of America (RIAA) on June 24, 2003.

ATLiens was well received by critics and fans alike, getting praise for it’s lyrical content and creativity. The album has found its way on to many magazine’s top 10 lists and has even been dubbed by many as the greatest hip hop album of all time. Outkast has always been known for a broader musical approach, and this album surely highlighted their ability to do just that. I was a late bloomer (so-to-speak) in terms of Outkast, but as my musical tastes broadened and matured I found myself more and more intrigued by Outkast and their musical endeavors. Now they get regular play by me whether I’m on the turntables or just kicking back and relaxing.

We have a few crisp new copies of ATLiens down here at Trill Hip Hop Shop. If you are out and about in the Phoenix Metro area, swing through, grab yourself a copy, and check out all the other goodies we have in the store for you!