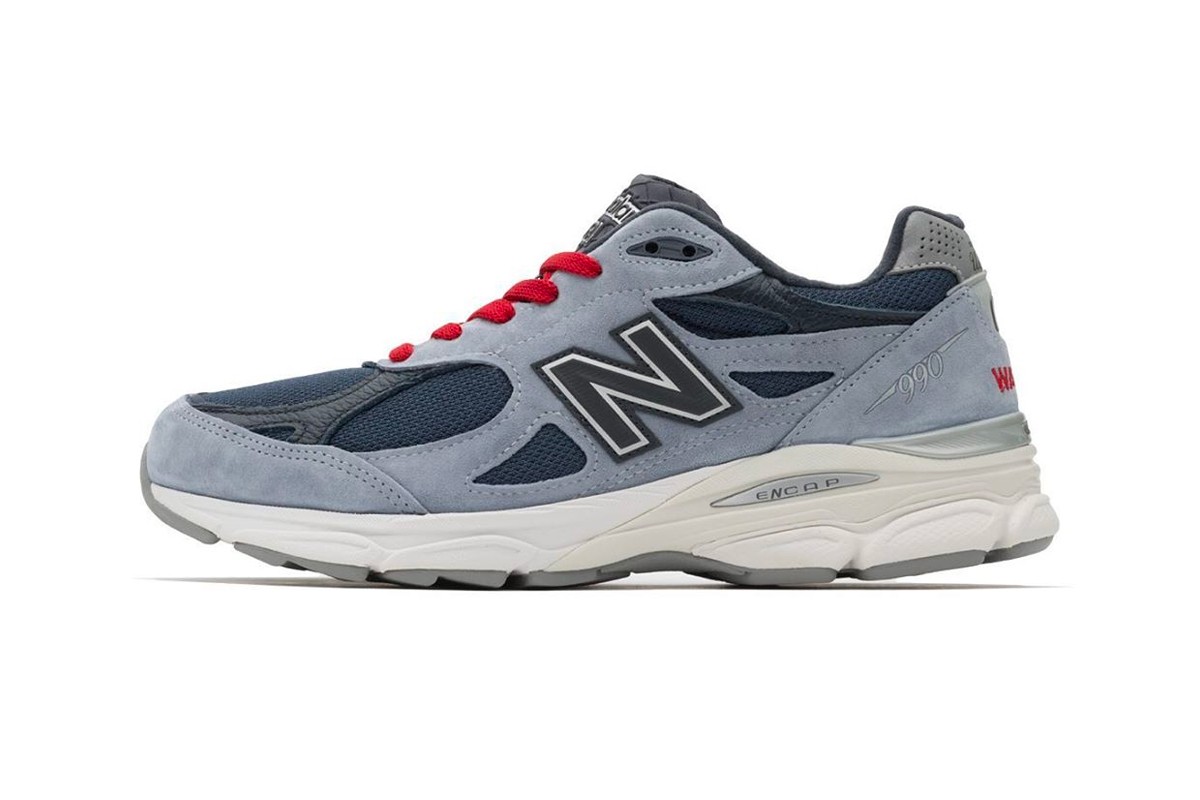 No Vacancy Inn, Tremaine Emory and Acyde’s Boston based label, has teamed up with New Balance for a new 990v3. The upper is constructed with a dark navy mesh underlay and pig suede panels in a muted sky blue. Rather than the typical nubuck, black pebbled leather is used on the toe box. Similar muted darker shades are found by the New Balance “N” branding on the midfoot, and on the tongue. Navy is also used on the interior lining of the sneaker. Some nice contrast is found via the bold red laces, as well as two embroidered logos reading “WATER” and “WIFI” on the left and right foot, respectively. Finishing things up is a white midsole, paired with a grey outsole which nicely compliments the uppers. No official release date on these yet, but we will keep you posted as we found out more detailed information. 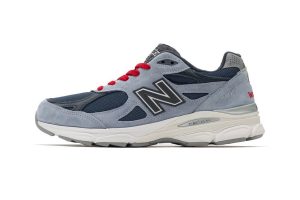 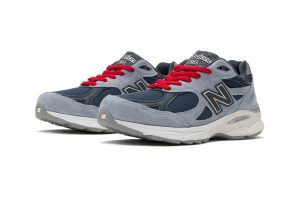 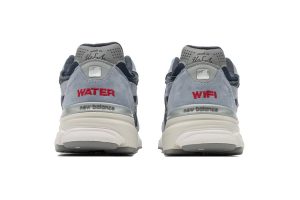 Looking for other recent New Balance releases? Then check out their recently announced M997 LBK Grey/Pink Made in USA.