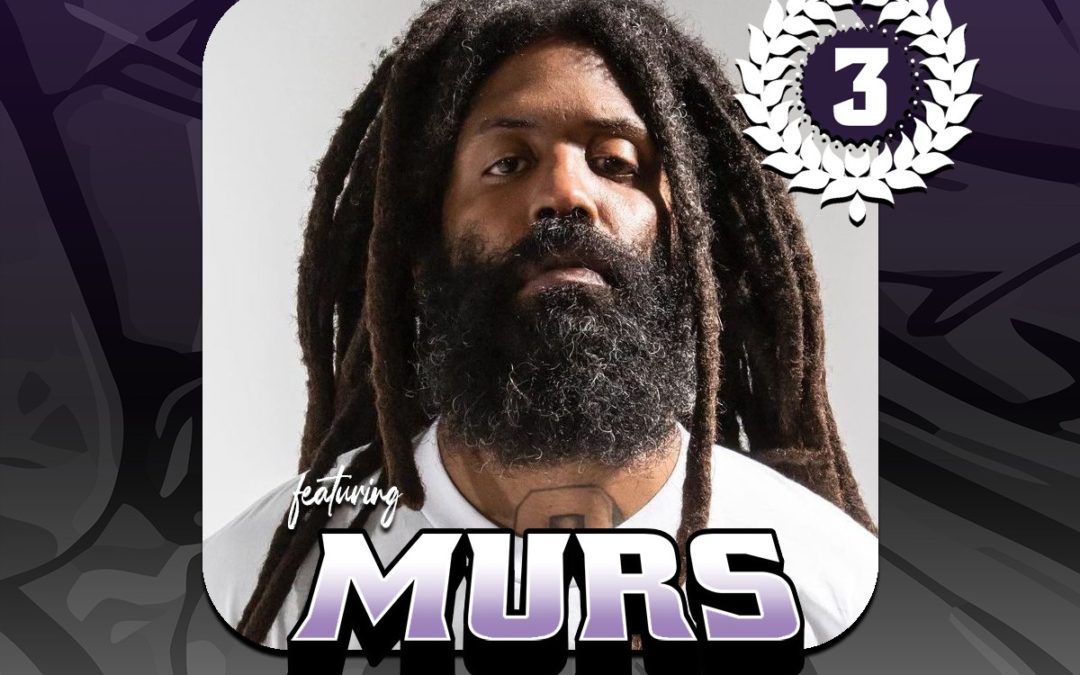 Murs, one of underground hip hop’s most talented and revered MCs, will be performing live at Trill Hip Hop Shop’s 3 Year Anniversary. He is just one of several hip hop related legends scheduled to perform on what is certainly one of the most incredible and well rounded lineup’s in Arizona’s hip hop history. Covering all elements of hip hop culture, this year’s Anniversary is a massive 2 day event set for April 30th and May 1st at Trill Hip Hop Shop… Hip Hop’s flagship store.

Murs hails for Los Angeles, California and has been active within the hip hop community since the very early 90s. His formed his first group, 3 Melancholy Gypsys, with his high school classmates Scarub and Eligh. Shortly there after they became friends with Mystik Journeymen and eventually joined them in the Living legends collective in 1996. Just one year later, Murs released his fist solo album, F’Real, via Veritech Records.

In 2002, the L.A. based lyricist teamed up with Atmosphere’s Slug and formed the hip hop duo Felt. Over the next 18 years they would release 4 studio albums, with the most recent being Felt 4 U in 2020 featuring production by Ant of Atmosphere with features by Blime, Aesop Rock, The Grouch, and Shepard Albertson aka Blueprint. The album was extremely well received and was considered one of the best underground hip hop albums of 2020.

During this same time, Murs went on to release several solo and collaborative albums. In 2003 he released The End of the Beginning via Def Jux. This was followed by 2 albums also on Def Jux where Murs teamed up with renowned producer 9th Wonder, Murs 3:16: The 9th Edition and Murray’s Revenge. At this point, Murs signed with Warner Brothers releasing his 1 and only studio album on a major label, Murs for President.

After that, Murs released a few albums… Sweet Lord with 9th Wonder, Varsity Blues 2, and This Generation, a collaborative album with Fashawn. He was then invited hip hop journalist Sacha Jenkins, to join the group The White Mandingos, a band she was in with Bad Brains bassist Daryl Jenifer. They went on to release an album, The Ghetto is Tryna Kill Me, in 2013 under the Fat Beats record label.

In 2014 Murs was signed to Tech N9ne’s independent label, Strange Music, where he would release 4 albums over the next few years. During this time he once again linked up with 9th Wonder for another collab project. There were a handful of other projects released which brings us to his latest, Love & Rockets, Vol. 2: The Declaration which he dropped in 2020. This was a follow up to Love & Rockets, Vol. 1: The Transformation which was released in 2011 with production by Ski Beatz.

Murs has certainly been busy over the past 25 years making him as relevant as can be in today’s underground hip hop scene. We are truly blessed to have him performing at our 3 Year Anniversary, and we look forward to the energy and skill he brings to the table.

The Trill 3 Year Anniversary will kick off Friday, April 30th  with a 3vs3 B-Boy battle and performances by Murs, Statik Selektah, Termanology, J’Da Wildchild, Jabee, DJ Shortkut and more. The following day, May 1st, there will be the Out of Control DJ battle, as well as performances by Shok! (Shortkut & Lok), DJ Dynamix, and the Coolin Out DJs just to name a few.

There are a few other treats we have for you. J Dilla’s mother, Ma Dukes will also be in the building with a booth selling exclusive J Dilla Merch. Slobby Robby from the hit Netflix series Slobby’s World will also have a booth set up with all sorts of goodies. The Coolin’ Out DJs will be in full force as well, and of course there will be some food trucks on the premises. 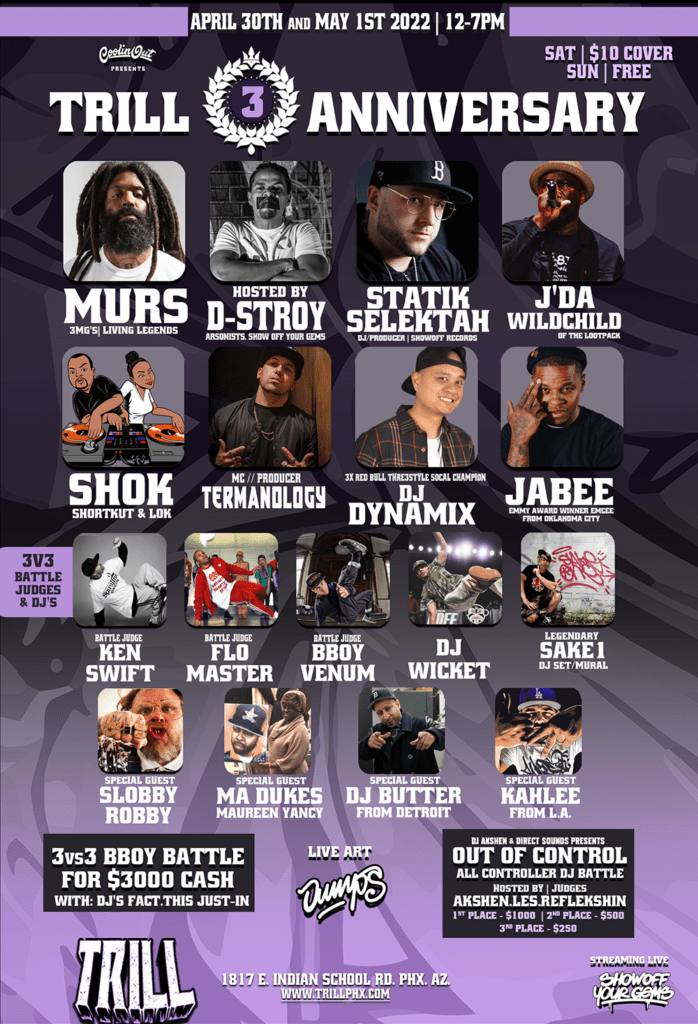 Day one of this massive celebration will require a $10 ticket to enter. You can cop these tickets at Eventbrite here. Day two will be free for all. If you are looking to grab a ticket for day 1, do it soon as there will only be 200 tickets sold and we would hate you to miss out! 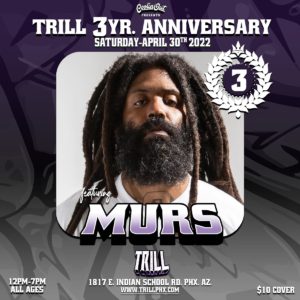 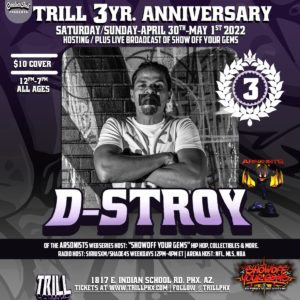 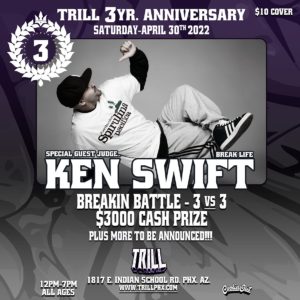 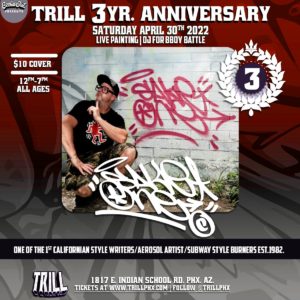 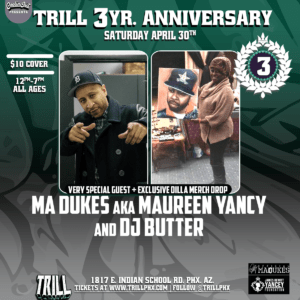 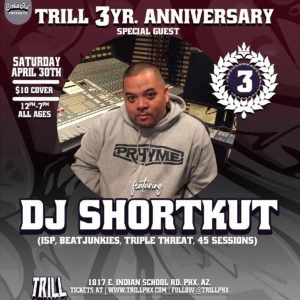