Jungle Brothers – Straight out the Jungle 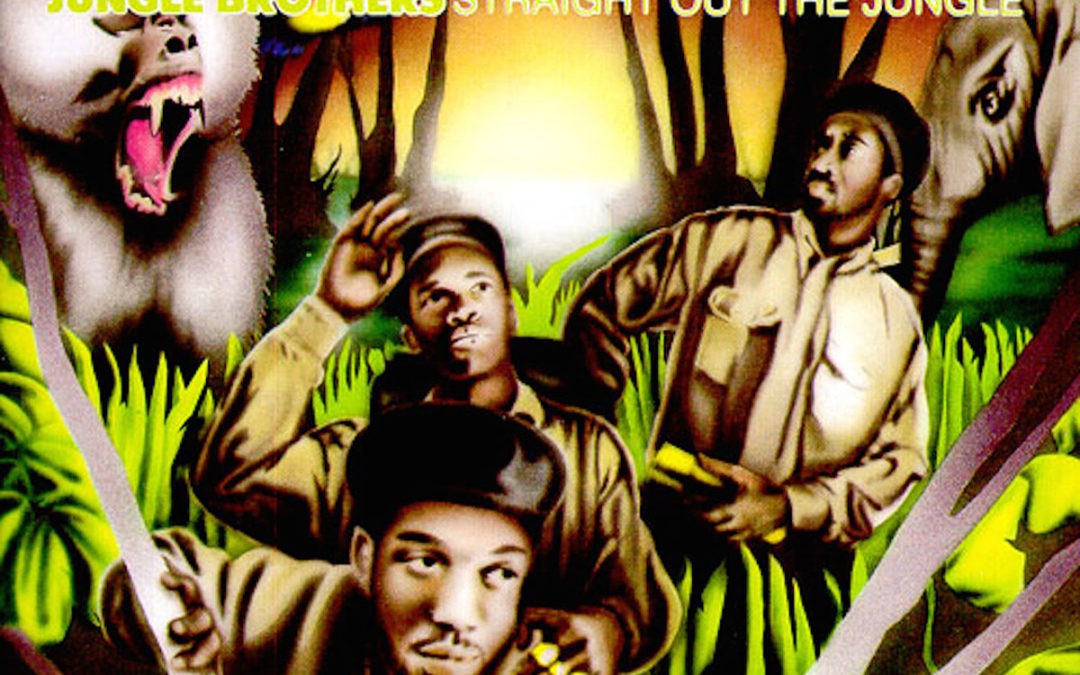 Straight out the Jungle is the debut album of the Jungle Brothers. The Jungle Brothers are comprised of Mike Gee, Afrika Baby Bam, DJ Sammy B. They pioneered the fusion of Jazz, hip hop, and house music and paved the way for greats such as De La Soul, Black Sheep, and A Tribe Called Quest. The Jungles Brothers also founded the Native Tongues, a collective of late 80s and early 90s hip hop artists known for their positivity, good-natured Afrocentric lyrics, and for their use of eclectic sampling and jazz influenced beats.

Straight out the Jungle was released in 1988 on Warlock Records and boasted 12 tracks. A reissue in 1988 added and additional track, “I’ll House You”, the first no Chicago hip house track that became a huge club hit. Other singles from the project included “Jimbrowski”, “Because I Got It Like That”, “On the Run”, “Black Is Black”, and “Straight Out the Jungle.” Although Straight out the Jungle only peaked at 39 on Billboard’s Top R&B Albums, Source Magazine gave it a 5 out of 5 and added it to their 100 Best Rap Albums Ever list.

This album will forever hold a place in my heart. It was my first introduction to jazz infused hip hop, and opened my eyes to house music. I was 12 when Straight out the Jungle was released, and up until that point I wasn’t aware of the true versatility of hip hop. This is the album that began the transformation of the hip hop we all knew at the time and opened the door for so many of the groups that we have come to know and love.

We have a few copies of Straight out the Jungle here at Trill Hip Hop Shop. If you are in the Phoenix Metro area, swing through and grab yourself a copy. While you are here you can check out all of the other new and used vinyl we have on deck, as well as all of the other goodies we have. Don’t forget, you can always check us out some of what we have on the website as well!