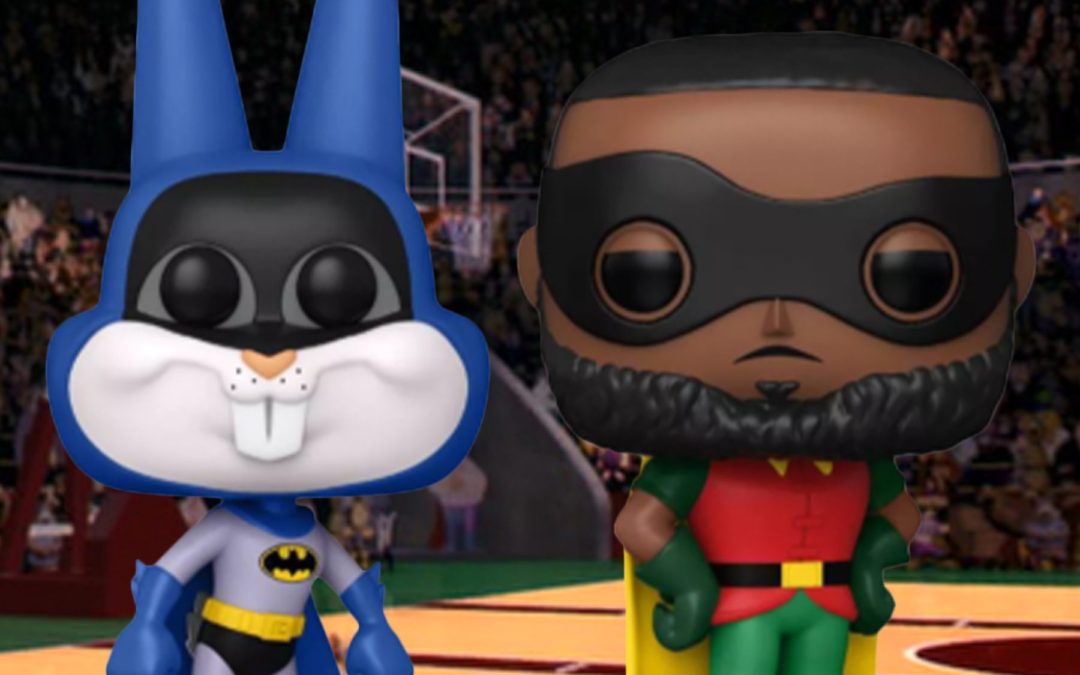 Funko Pop! hits us with their latest with this Space Jam 2 Movies 2pk featuring Bugs Bunny as Batman & LeBron James as Robin. These 3.75″ collectible toys are a perfect way to celebrate the Space Jam franchise. These were released on August 13th, 2021 as a Target exclusive. At the time I am writing this, Target has only 2 left in stock nationwide, so by the time you are reading this they will be unavailable at Target stores.

“Space Jam: A New Legacy” hit theaters and HBO Max on Friday, July 16, more than 25 years after the original featuring Michael Jordan was released. This sequel features basketball player LeBron James as a fictional version of himself. He and his son as they find themselves in a Warner Bros. themed virtual multi-verse thanks to a deceitful artificial intelligence named Al-G Rhythm. LeBron encounters the Looney Tunes characters and asks for their help for a basketball game against Al-G’s avatars so he can rescue his son Dom and earn their freedom.

If you are a fan of Space Jam a collector pop culture and/or collectible vinyl toys, you may want to scoop up one of these Funko Pop! Space Jam 2 Movies 2pk for your collection. If you are in the Phoenix Metro area you can stop by Trill Hip Hop Shop, or you can just head over to the website and place your order there. 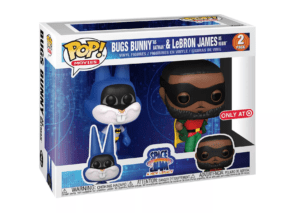