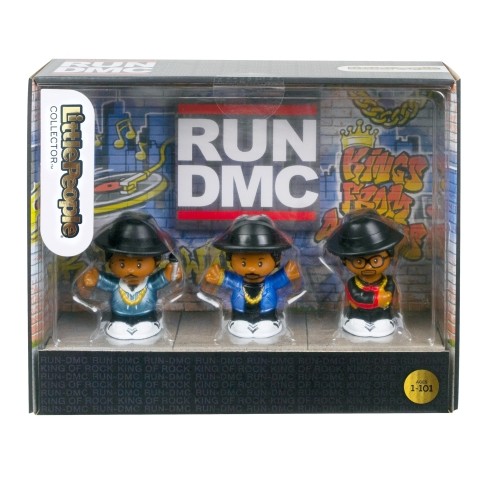 It’s great seeing Run DMC getting some serious commercial recognition, albeit long over due. Not long ago Super7 released their Run DMC ReAction Figures including Jam Master Jay, Run, and DMC. Now Fisher-Price shows some love with this new Little People Collectors set.

This was just the start of it for these hip hop pioneers. In 2004 they were ranked #48 on Rolling Stone’s list of the 100 Greatest Artists of All Time. Just a few years later in 2007 Run DMC was named The Greatest Hip Hop Group of All Time by MTV and Greatest Hip Hop Artist of All Time by VH1. Then, in 2009, they became the second hip hop group inducted into the Rock and Roll Hall of Fame.

Things settled down for a bit, but then In 2016 the group received the Grammy Lifetime Achievement Award. Finally in 2018, Run DMC’s Raising Hell was inducted into the National Recording Registry by the Library of Congress for being “culturally, historically, or artistically significant”. Well deserved honors all across the board to say the least.

If you are in the Phoenix Metro area, make sure to swing by the Trill Hip Hop Shop and grab your Little People Collector Run DMC figure set while we still have them on deck. No in Phoenix? No worries. You can order from the website by clicking here! 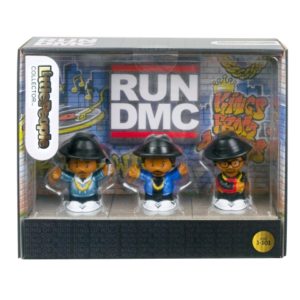 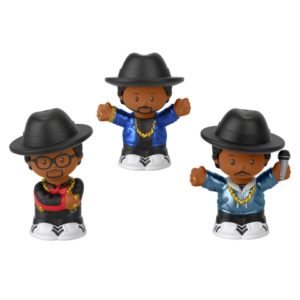