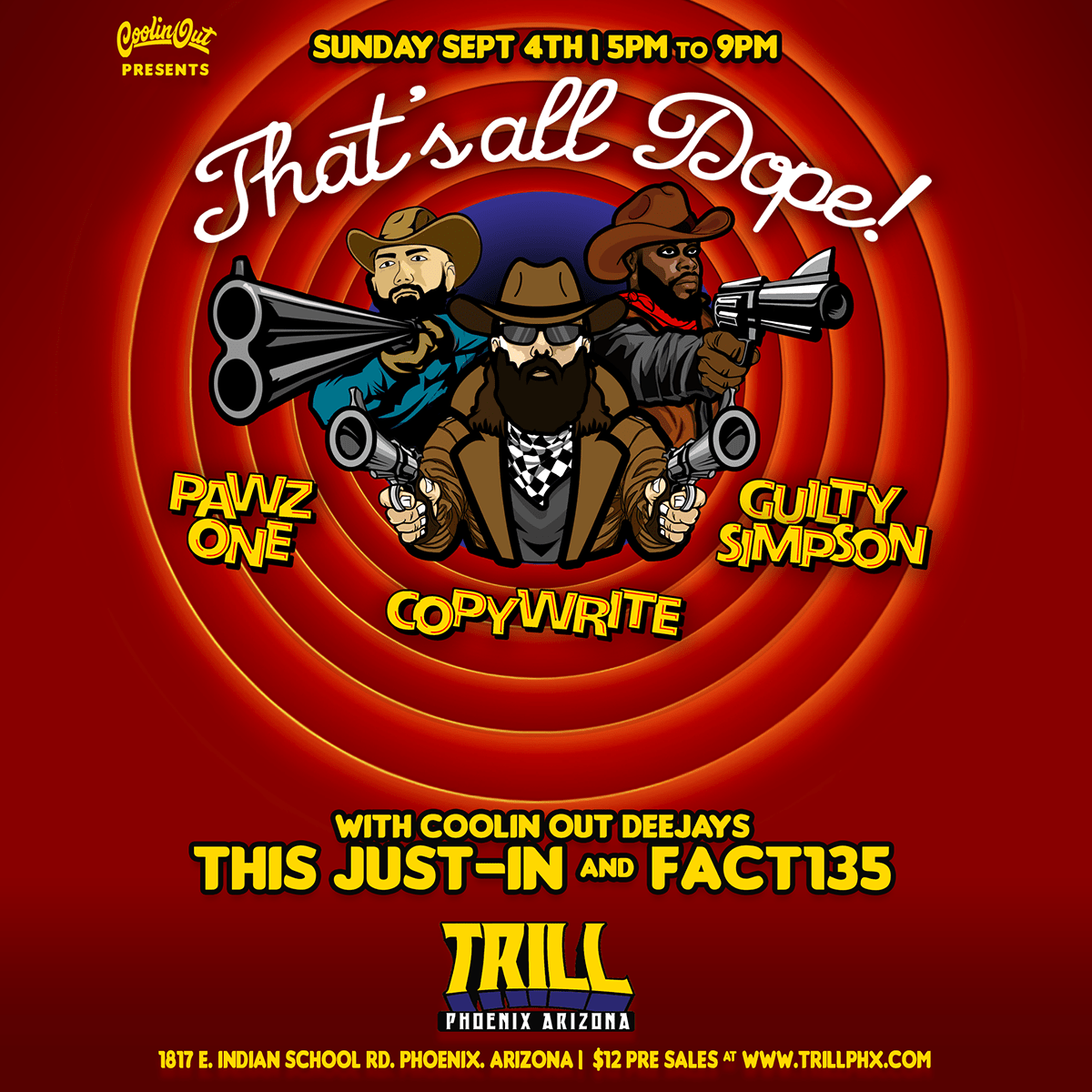 Coolin’ Out Entertainment is proud to present the That’s All Dope Tour featuring Guilty Simpson, Copywrite, and Pawz One on Sunday, Sept 24th… This is definitely one you don’t want to miss!

Guilty Simpson hails from Detroit, Michigan. He is known as one of the late J Dilla’s favorite MCs. He has worked with J Dilla, Black Milk, Sean Price, and Madlib just to name a few. Although formally a part of Stones Throw Records, his latest release, EGO, was released by Mello Music Group and was entirely produced by Gensu Dean.

Copywrite is a talented MC from Columbus, Ohio. He is a member of MHz Legacy, and formally of The Weathermen. He has worked with RJD2, Mighty Mi, Camu Tao, Sean Price, Roc Marciano, and Torae among others. His latest release, The High Exhaulted II, dropped earlier this year via Man Bites Dog Records.

Pawz One is a Los Angeles MC with past collaborators including Ras Kass, Termanology, Masta Ace, Domingo, DJ Rhettmatic, Madchild and more. He is no stranger to Phoenix and always puts on a great show.

Additional support will be provided by Coolin’ Out DJs Fact135 & This Just-In.

We are certainly looking forward to hosting the That’s All Dope Tour, as should you. It has a stellar lineup to say the least.

Presale tickets for the That’s All Dope Tour are available via Eventbrite here for $12.

This is an ALL AGES event so bring the whole family!