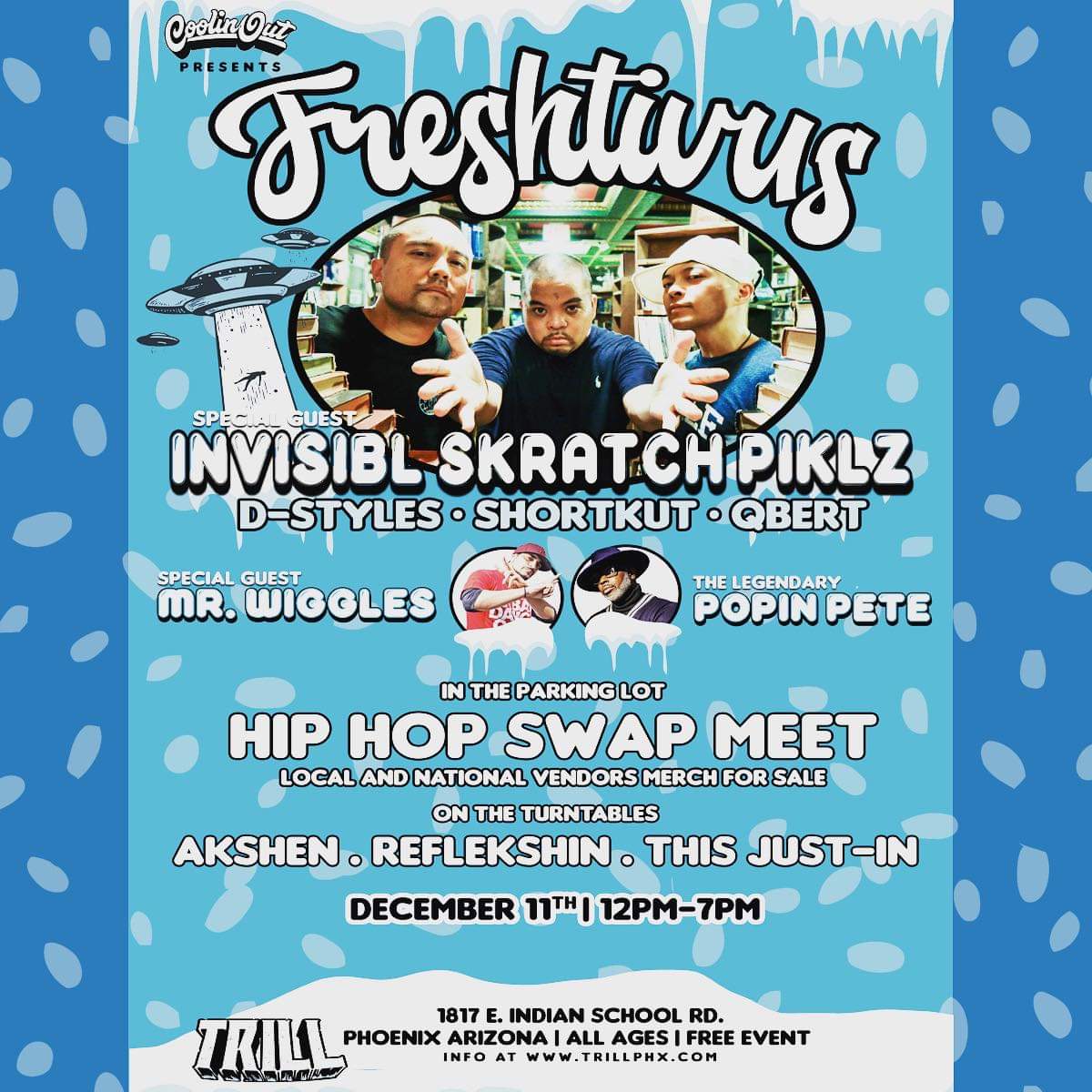 Tis the season for Trill’s holiday hip hop party, Freshtivus. This year the annual party will be featuring DJs Q-Bert, D-Styles, and Shortkut of the Invisibl Skratch Piklz & the World Famous Beat Junkies, as well as Mr Wiggles & Popin’ Pete of the Electric Boogaloos! There will also be another Hip Hop Swap Meet with vendors slanging only the freshest art, vinyl records, streetwear, hip hop collectibles and more.

Q-Bert, Shortkut, and D-Styles are by far 3 of the most influential and talented Turntablist/DJs on the planet. For 3+ decades they have been innovating the DJ culture in a way very few have or ever will. Collectively they represent 2 of the most accomplished and respected DJ crews to ever exist, The World Famous Beat Junkies (D-Styles & Shortkut) and The Invisibl Skratch Piklz (Q-Bert, D-Styles & Shortkut). Seeing the 3 of them perform together is a DJs dream, especially since it has been some time since they have done this. Trill Hip Hop Shop is truly blessed to have them come together and rock with us for this year’s Freshtivus event.

Popin’ Pete has been holding it down for over 40 years and popularized popping as we know it today. He is an innovator and creator, and has choreographed for some of the largest names in the business. He is an original member of the The Electric Boogaloos.

Mr Wiggles, also a member of The Electric Boogaloos. Wiggles’ popping skills are incredible to say the least, and he as well has choreographed for an endless list of big names. Aside from The Electric Boogaloos, he is also an active member of Rock Steady Crew and a member of the graffiti crew TC5. Mr. Wiggles has been credited for 2 important movies which helped establish hip hop today, “Beat Street” and “Wild Style”.

El Da Sensei is from the classic hip hop group Artifacts. He has been a king in his realm since the early 90s. El is by far one of the hardest working MCs in hip hop today and has made a tremendous contribution to hip hop over the last 30+ years. He is also one of the very few that is as relevant today as he was when he first emerged on the east coast scene. El is a beast of an MC, and one of the most real and nicest guys you will ever meet. He will be performing for Freshtivus, as well as setting a a booth for the Hip Hop Swap Meet.

Also included in the day’s Freshtivus festivities are Coolin’ Out DJs Akshen, Reflekshin, and This Just-In. They will be rocking the tables, doing what they do best.

There will be one of Trill’s famous Hip Hop Swap Meets taking place during Freshtivus as well. The Swap Meet will include vendors, both local and from abroad, selling art, vinyl, streetwear, hip hop collectibles and more! 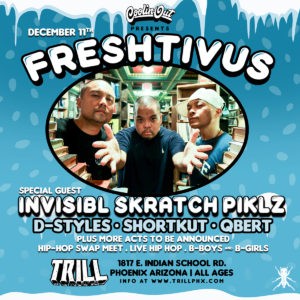 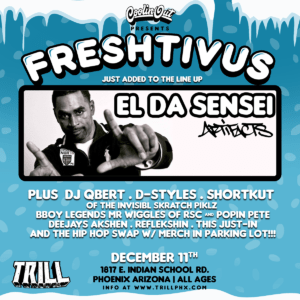 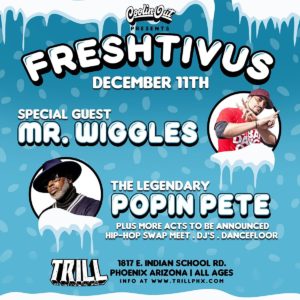 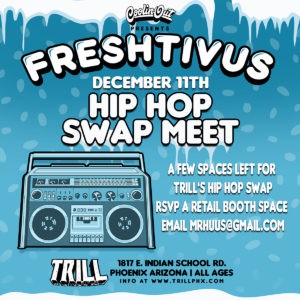 Also, the official Freshtivus afterparty will be going down a little that night at Rips bar with DJs D-Styles, Shortkut, JabaOne, and Fact135. This is another free event so make sure to roll through and show your support. For more information about the after party you can check the event out on the Trill site here, or the Facebook event here. 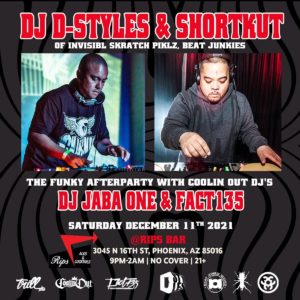