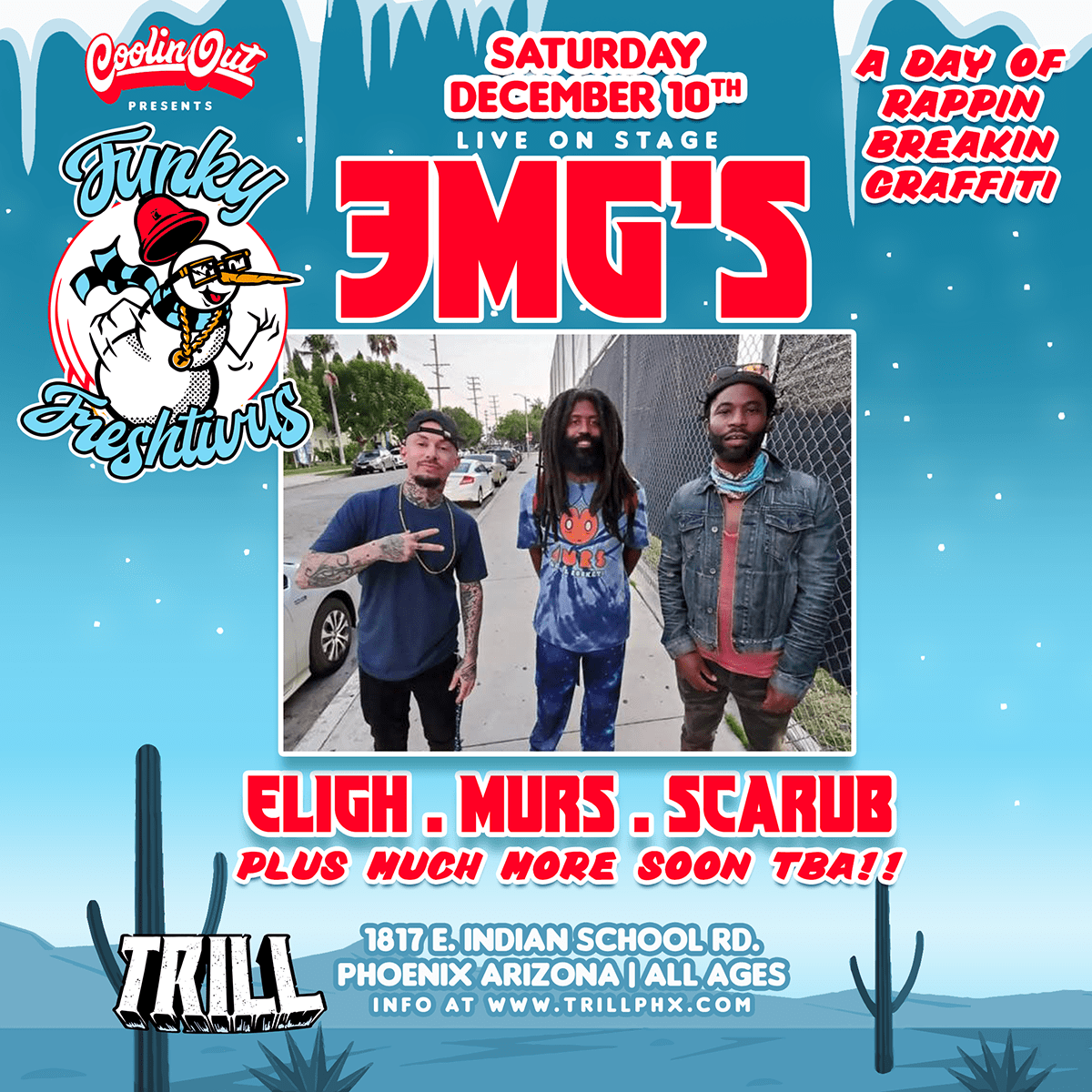 The 3 Melancholy Gypsys are comprised of Murs, Scarub, & Eligh of the Living Legends and will be performing live at Trill Hip Hop Shop for this year’s Freshtivus party. The LA based supergroup has been holding down the underground hip hop scene since 1994. Since the living Legends formed, the 3MGs have not done much. Their last album was released in 2005. This makes this a very special day for those in attendance as this will be their first live performance together as 3MGs in quite some time.

Trill will also be hosting the Funky Flea Market with an array of hip hop related vendors selling all sorts of goodies.

Coolin’ Out DJs Fact135 & This Just-In will be providing additional support. More national and supporting acts will be announced as we get closer to the event date.