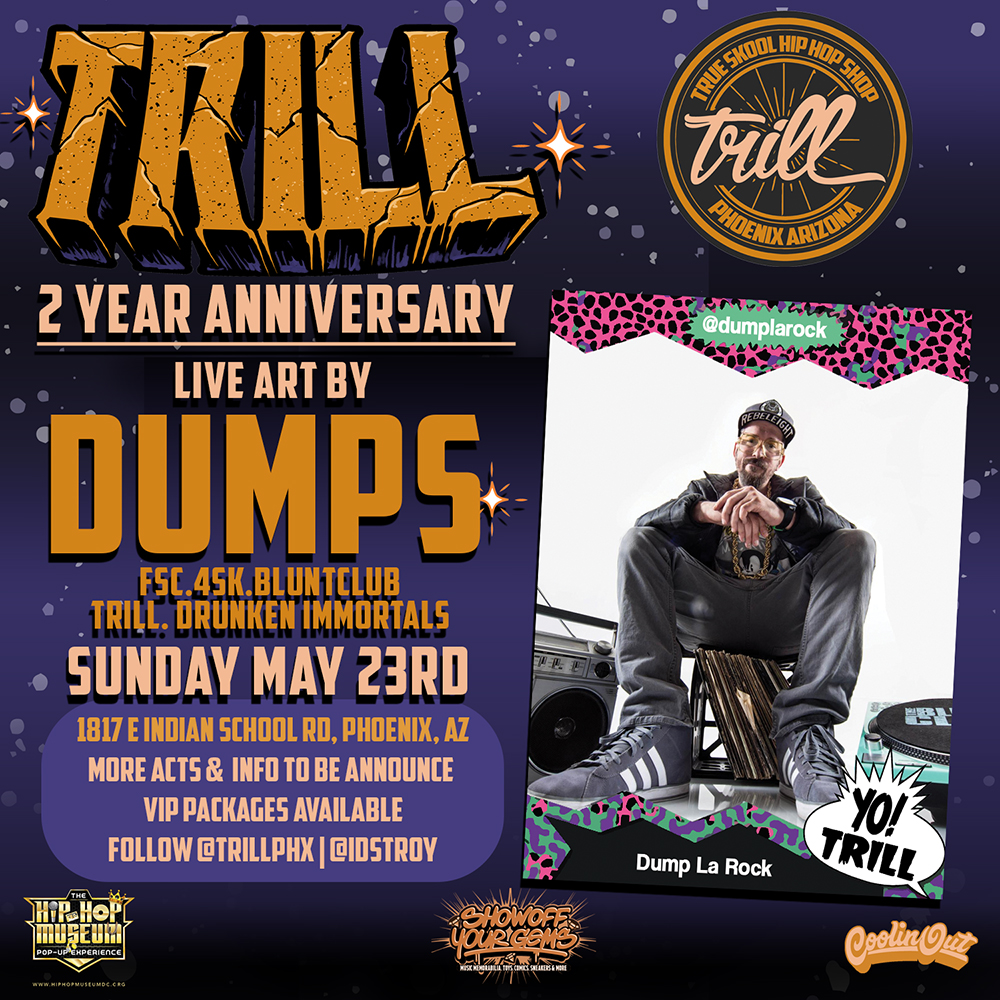 Dumper (aka Dump La Rock, aka Dumperfoo) will be painting live on day 2 of the Trill 2 year Anniversary celebration. Dumper is one of the most influential presences in Arizona hip hop history. He has done more to further the culture in the southwest than anyone we know. And don’t even get me started about how talented he is. He is known as one of the hardest working contributors in Phoenix, and has gained world wide notoriety through his contributions to both art and music. He is a member of Furious Styles Crew, part of Drunken Immortals, one of the founders of the world famous Blunt Club, and a key player in both the Trill and Coolin Out teams. And if that isn’t enough… He is one of the nicest, most humble guys you will ever meet.