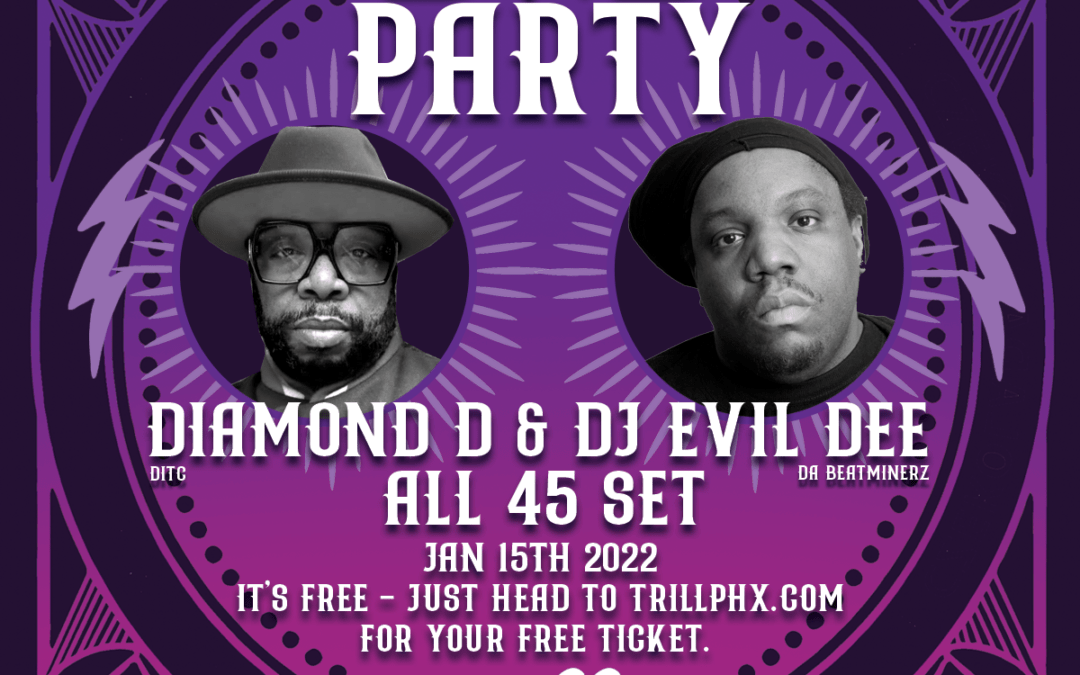 Hip Hop has definitely been heavily impacted by the contributions of these two over the years. Both have been essential to the evolution of hip hop as we know it since the late 80s / early 90s. Having them come together to perform all 45 sets at the shop will be a great experience for Phoenix hip hop to say the least. 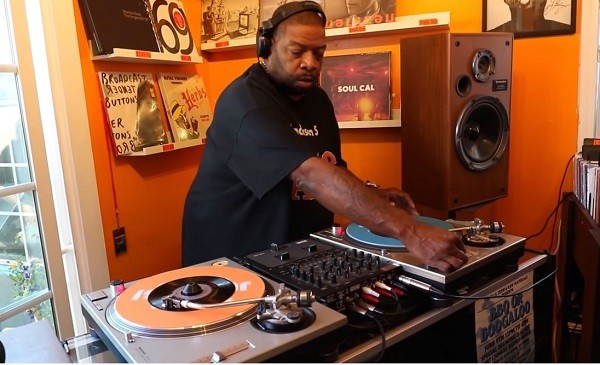 Diamond D is one of the founding members of the Diggin’ In The Crates crew (D.I.T.C), one of the most notorious DJ/Producer crews in the history of hip hop. The Bronx native is a true triple threat as he DJs, produces, and MCs. Aside from releasing several successful solo albums, Diamond D has worked with names such as Lord Finesse, Showbiz & AG, A Tribe Called Quest, Brand Nubian, Fat Joe, Leaders of the New School, House of Pain, Outkast, KRS-One, Raekwon, Pharoahe Monch, and Sean Price just to name a few. He is hands down one of the most talented entities in hip hop, both past and present. 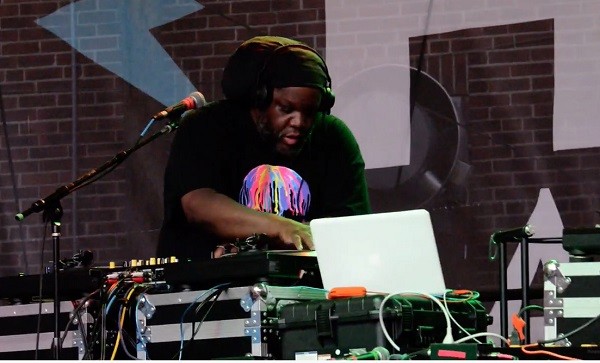 DJ Evil Dee hails from Brooklyn, NY and is a founding member of Da Beatminerz and Black Moon. He has toured the world with Black Moon and has worked with names such as Busta Rhymes, De La Soul, Eminem, KRS-One, Nas, Smif & Wessun, Boot Camp Clik, Apathy, Sadat X, Akrobatik, Big Daddy Kane, Cocoa Brovaz, Pete Rock Ruste Juxx , Marco Polo and more. Evil Dee has also had a prominent radio career working with New York’s famous Hot 97, and he even was a producer for one of the first, online radio stations 88HipHop.com. He can now be found on Beatminerz Radio, a station ran by he and his brother (and fellow Beatminerz co-founder) Mr Walt.

Aside from DJs Diamond D and Evil Dee, Coolin’ Out DJs Fact135 and Akshen will be rocking sets as well. Both have contributed greatly to the DJ/Turntablist community here in Phoenix and abroad over the past 2+ decades. Their skill sets will surely be a great addition to this special event.

This is going to be a free and all ages event, but you will need to RSVP for your free ticket via Eventbrite to ensure entrance to the day’s festivities. Click here to reserve your ticket while supplies last as there will only be 150 tickets available. If you are interested in checking out other upcoming events at Trill Hip Hop Shop, head over to the event page here.