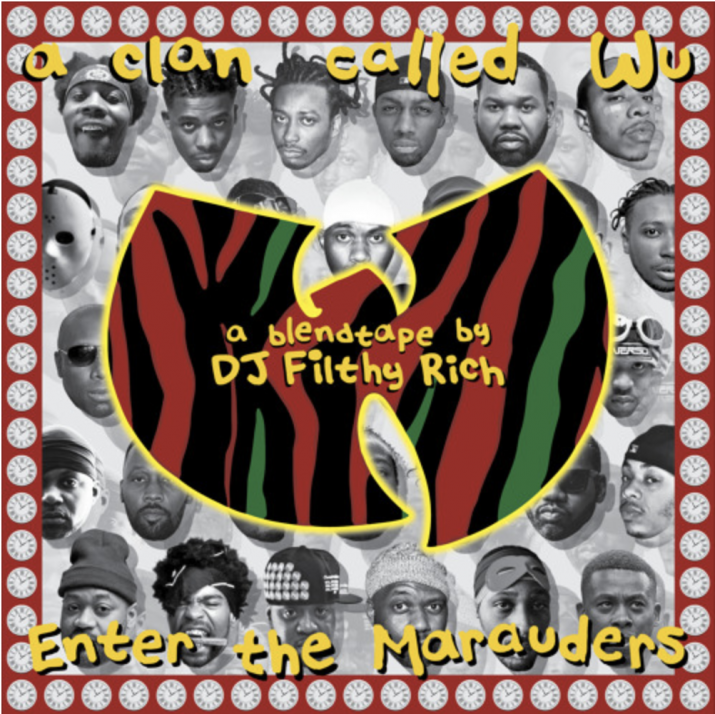 To celebrate the 25 year anniversary of 2 of the most influential albums in hip hop history, DJ Filthy Rich mashed up Wu-Tangs’s 36 Chambers with A Tribe Called Quest’s Midnight Marauders for his A Clan Called Wu: Enter The Marauders mix. 1993 was a powerful year for hip hop, with a ton of fresh albums dropping. Digable Planets’ “Reachin’ (A Refutation of Time and Space”, De La Soul’s “Buhloone Mindstate”, Souls of Mischief “93 ‘Til Infinity”, Del Tha Funky Homosapien’s “No Need For Alarm”, and Black Moon’s “Enta the Stage” just to name a few. Although amazing releases, non were more influential than Wu-Tang’s “36 Chambers” and ATCQ’s “Midnight Marauders”. I remember copping both of them on cassette at a Tower Records on Long Island the day they dropped. They both received more play in my car than anything else over the next few years. Little did I/we know just how much of an impact these two albums would have on our lives. Now here we are, 25 years later, and these two albums are undoubtedly 2 of the most heavily played albums of all time. “A Clan Called Wu” is cleverly put together by the Toronto native DJ Filthy Rich, who has been providing fresh mixtapes since the 90’s. But don’t take my work for it, check it out for yourself!

While your checking that out, don’t forget to check out our shop for other Wutang, ATCQ, and other hip hop related items.