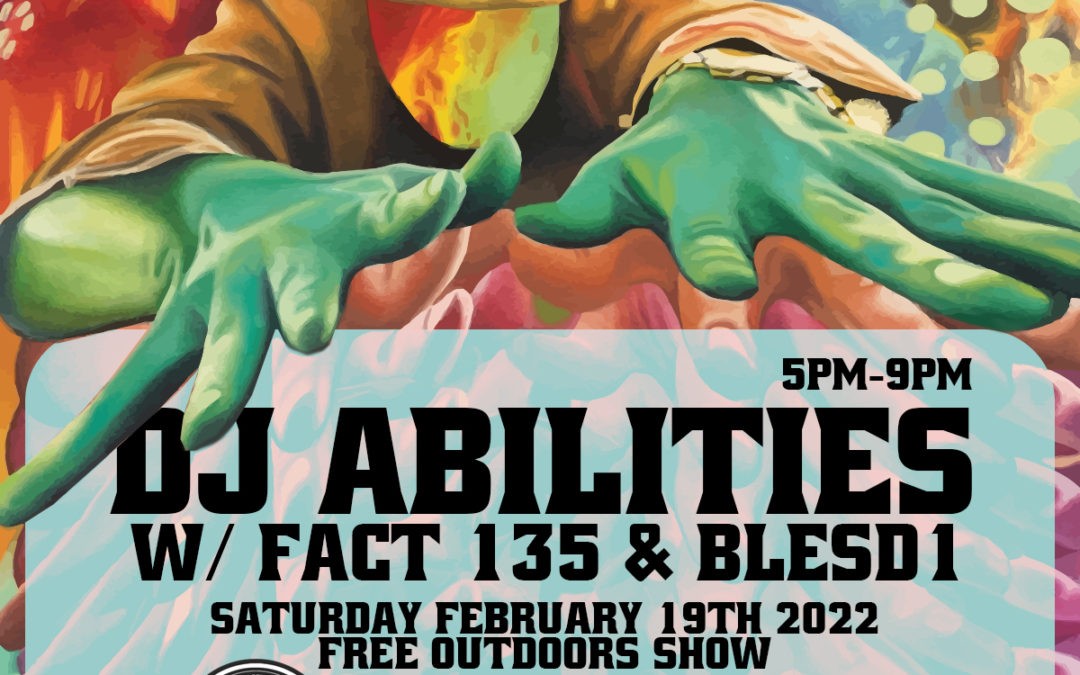 DJ Abilities, one of the most well known DJs out of the Midwest, will be performing at Trill Hip Hop Shop Saturday, February 19th. The Rhymesayers DJ is on tour promoting his latest release, Phonograph Phoenix, and Trill was able to lock him down for this special performance. This is a huge treat for the Phoenix Metro area, especially because this is a free show.

Hailing from Minneapolis / St. Paul, DJ Abilities is a part of Rhymesayers Entertainment. He is a founding member of Eyedea & Abilities, as well as Semi.Official alongside rapper I Self Devine. He, at one point, was a member of Atmosphere until both he and Eyedea left the group in 2003 to pursue their Eyedea & Abilities brand. The Minnesota based DJ/Tablist is also a member of 1200 Hobos, a well known crew consisting of Adeem, Buck 65, DJ Fingaz, DJ Mayonnaise, DJ Signify, Dose One, Jel, John Doe, Mr. Dibbs, Sixtoo, and Skratch Bastid.

Abilities has always been nice on the decks. His mixtapes are always clean, creative, well put together, with just the right amount of a technical approach and a ton of musicality. It isn’t just tour DJing, album cuts, and mixtapes he is known for. Abilities is also a very well respected battle DJ, having won both the 1999 and 2001 DMC Regional championships in his area.

Aside from his DJing, DJ Abilities is also a notable producer. He produced for the Eyedea & Abilities albums, Semi.Official, Deep Puddle Dynamics, and of course his solo projects. Typically his production was sample based, but with his latest release he is creating his sound from the ground up with deep bass hits, synths, and funky drum beats. If you haven’t heard Phonograph Phoenix yet, you can give it a listen below. If you like what you here, which I am sure you will. Head over to the Rhymesayers site here and cop it on vinyl, cassette, CD, or digitally.

Make sure to roll out for his show at Trill Hip Hop Shop this weekend if you are in the Phoenix Metro area this weekend. It’s free and all ages, so bring the whole family. While you’re there, check out what all the shop has to offer… Records, streetwear, art supplies (paint, markers, etc), sneakers, hip hop collectibles, and Phoenix’s very own hip hop museum.

For more information about the event, head over to Trill’s event page here.