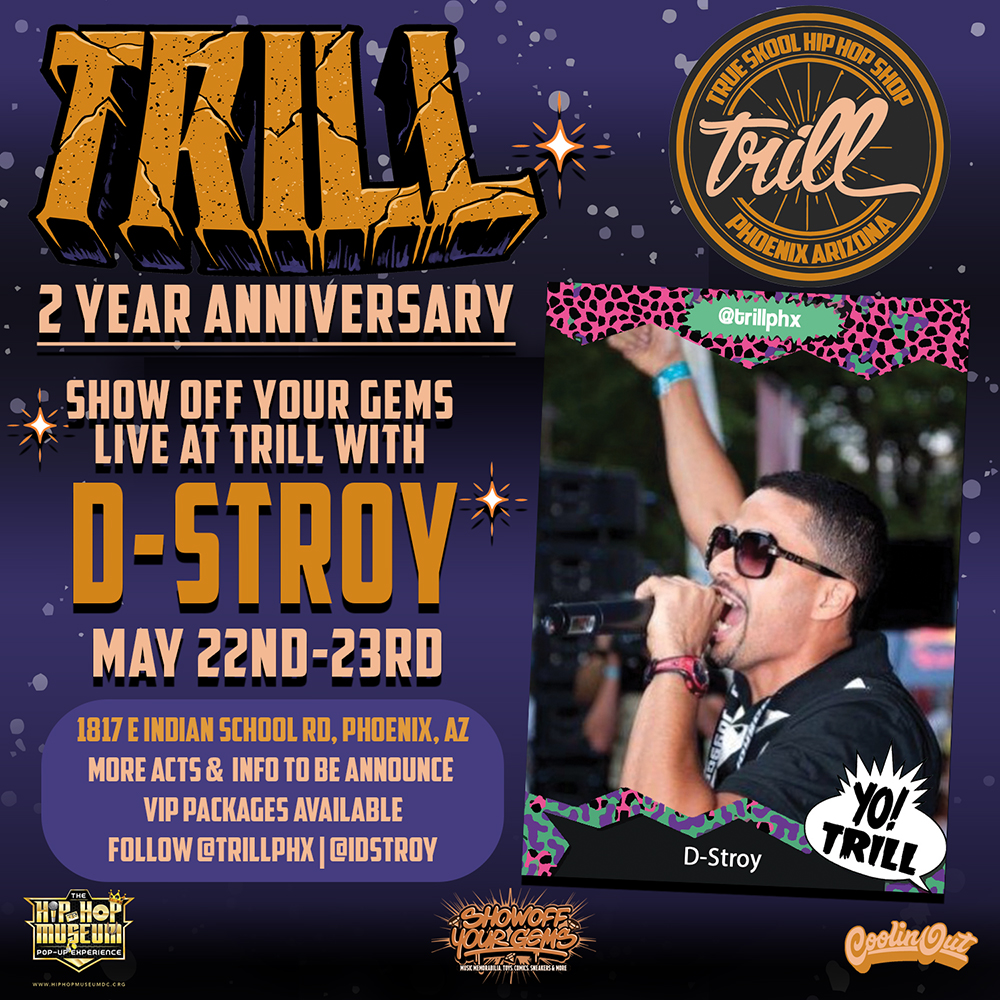 D-Stroy of the legendary Arsonists and the Showoff Your Gems Show will be hosting Trill’s 2 Year Anniversary party both days of the event. Well known for his role in one of underground hip hop’s dopest groups, the Arsonists, and now more recently for his hit show Showoff Your Gems where he features and highlights music memorabilia, action figures, comics and more. He is you hip hop head’s favorite hip hop head. Catch him hosting both days of Trill’s 2 year celebration.

This anniversary lineup is bananas. And there still may be more to announce. Rumor has it a few more artists have been added. And don;t forget about the special VIP packages featuring collectibles and gear commemorating this incredible event. There are just a few left. Click here for more info!