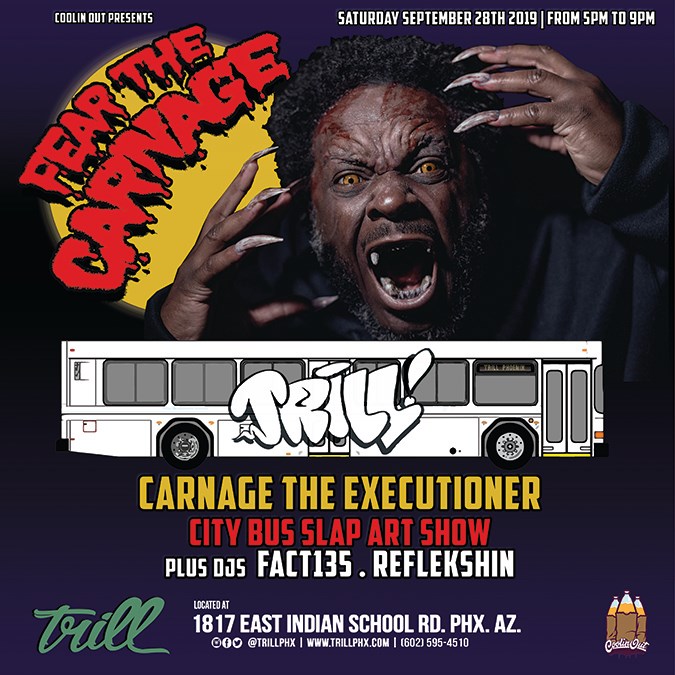 We are gonna set it off once again with an in-store art and hip hop show, featuring a live performance by Carnage the Executioner Saturday, September 28th. Hailing from the twin cities, Carnage raps, beatboxes, and produces, combining them with spoken word and politically charged rhymes, live looping them for tracks like “Hustle the Struggle, Don’t Let the Struggle Hustle You. He has appeared on tracks with Atmosphere, Eyedea, Toki Wright, and more recently with Cas One vs. Figure. His latest album The MN Mean Movement is a direct rejection of the Minnesota Nice stereotype of polite non-confrontational discourse. Instead, Carnage tells people to speak up, be direct, and harness the strength to engage.

This is also part of the Trill local urban arts shows, focusing on the traditional imagery so well known to graffiti artists. This show features many of Az’s long time artists as well as some new, posting tags and characters on city bus slaps. The function will also be held down by local turntablists Fact135 and Reflekshin. Jot it down on your calendar and come on out on the 28th from 5pm-9pm. 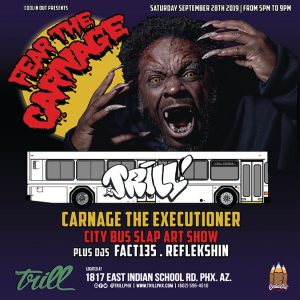