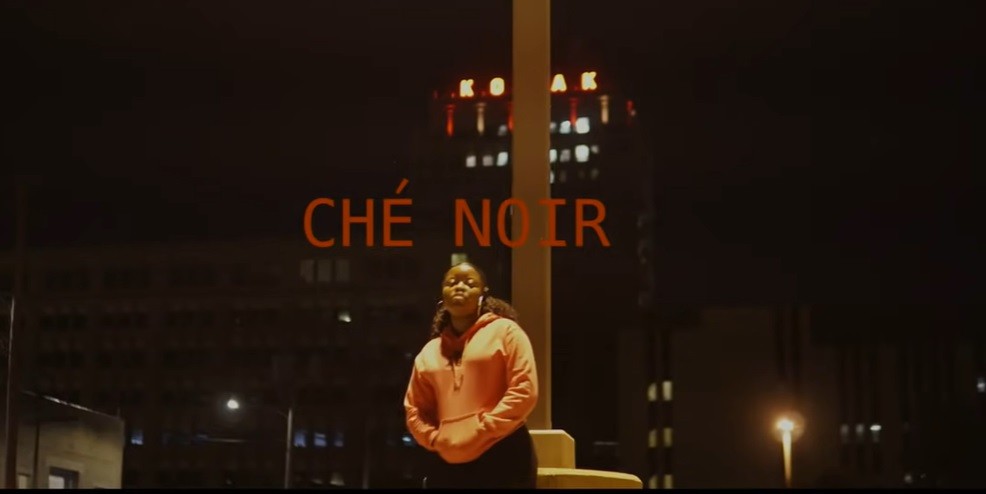 Che Noir is a MC/producer hailing from Buffalo, New York. A lot of talented artists have been coming out of that area as of late, and Che is certainly at the top of that list. Her music caught my attention 3 or 4 years ago when I was deep diving into the music 38 Spesh, another talented MC/producer from Rochester, NY who has been making some serious moves and putting out quality music.

Born in 1994, Che Noir is relatively young. This is actually somewhat baffling because her music, style, and approach to hip hop in general is reminiscent of the of the mid 90’s greats. She literally sounds like she was right there with Big L, Black Moon, No I.D., Mobb Deep, Biggie, Nas, and the other NY artists defining east coast hip hop at the time. In high school she was introduced to production, which would eventually lead her to lyricism. 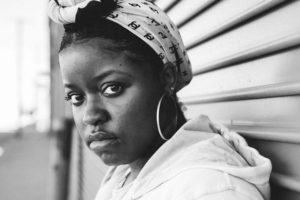 At 21 Che began to really take things seriously with her music. She pieced together some recording studios and began working on songs eventually releasing her her debut mixtape, Poetic Thoughts, in 2016. Her powerful lyrics, nostalgic reminiscences, and descriptive narratives began to gain her attention… And rightfully so. She was on to something. Natural talent and a heavy golden era hip hop influence was the perfect combination for her, and exactly what hip hop needed.

in 2017 Che Noir linked up with Griselda and recorded a track with Benny the Butcher. The timing couldn’t be more perfect as Griselda was really making some noise in underground hip hop. Shortly after that the Buffalo based lyricist linked up with 38 Spesh, appearing on his 2018 Kool G Rap collaboration (Son of G Rap) as well as a few of his solo projects.

38 Spesh went on to produce her 2018 release, The Thrill of the Hunt, as well as it’s sequel and her 2020 release, Juno. She put out a 2nd album in 2020 as well, this one produced by Apollo Brown and released through Mellow Music Group. This project, As God Intended, boasted features with Black Thought, Skyzoo, and Planet Asia.

As if 2 albums wasn’t quite a feat in a single year, Che Noir dropped a third at the end of 2020. This time the Buffalo native would produce it entirely herself. After 12 is a work of art to say the least. Not only does she kill it lyrically with clever word play and multi-syllable rhyme schemes, she showcases her incredible ability to produce classic boom bap bangers. After 12 boast features by 38 Spesh, Ransom, Sa-Roc, RJ Payne, Jynx, and Amber Simone. We have some copies of Che’s After 12 in the online store. Grab yourself a copy here and peep it for your self.

In just 5 years Che Noir has built a resume that would have taken most a decade or more… Impressive to say the least. Her ability to both spit and produce with the best of them truly makes her a double threat in the game. She is hands down one of the most talented up and coming artists of her time, and one of the best female MCs in the history of hip hop. Expect to hear more from Che Noir as I have a feeling she hasn’t even scratched the surface of what she is capable of.

If you like Che’s music, you may be interested in some of the other music we have on the site. Click here and hit the music category to find music by Fred the Godson, Ransom, 38 Spesh, Eto, Benny the Butcher, Mega Ran, and more!