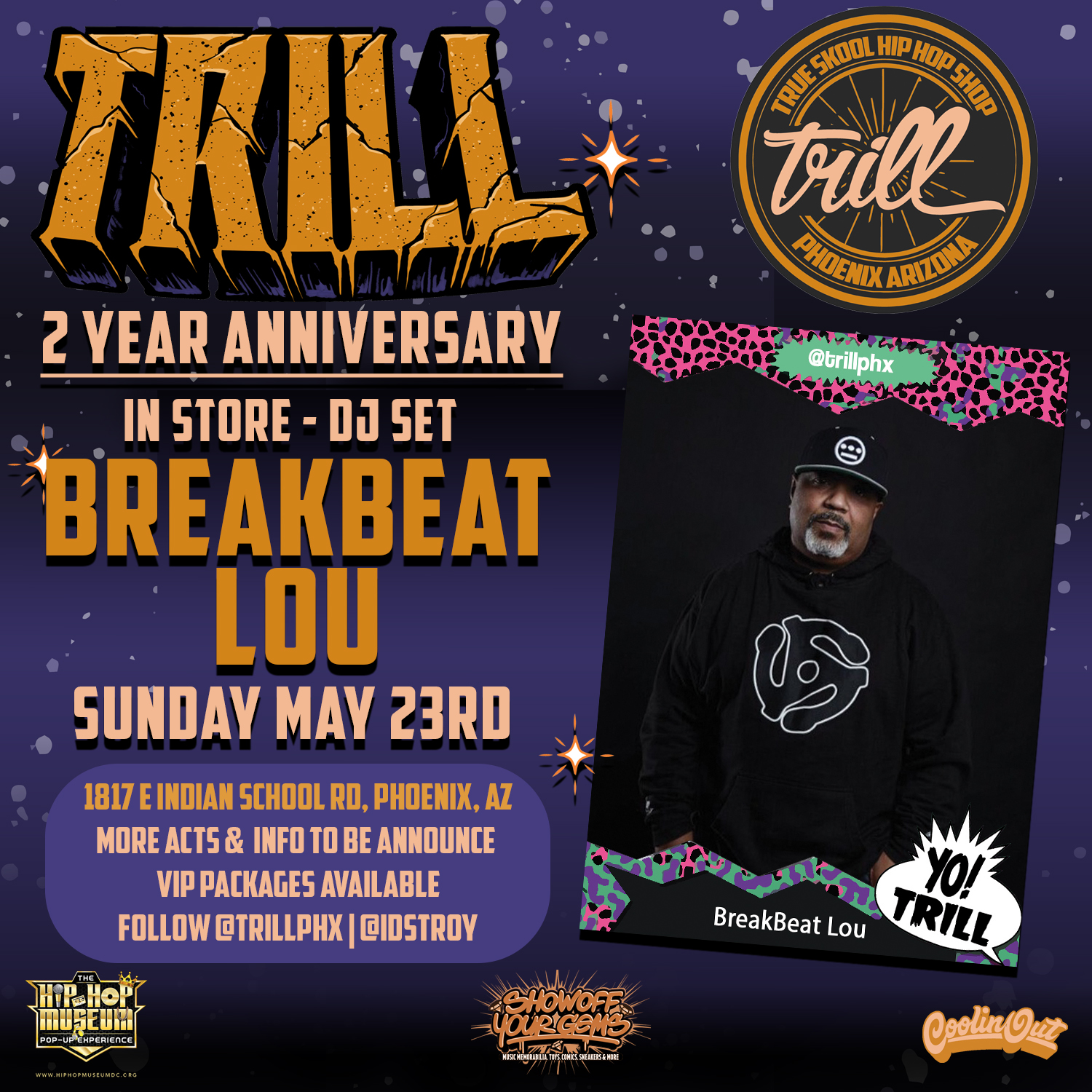 Another hip hop icon will be performing at the Trill 2 Year Anniversary. Breakbeat Lou is an incredible DJ, as well as a hip hop historian. The Bronx native was responsible (along with his partner in crime Lenny Roberts) for Ultimate Breaks and Beats, a series of 25 compilation albums released from 1986 to 1991 by Street Beat Records. There is not a DJ who owns records that didn’t play these on the regular back in the day. His contribution to hip is enormous to say the least. He will be spinning at Trill for day 2 of this massive hip hop event. Trill Hip Hop Shop has certainly pulled out all the stops to make this one of the most memorable events in AZ hip hop history!