Boogie Down The Official Trilloween Afterparty 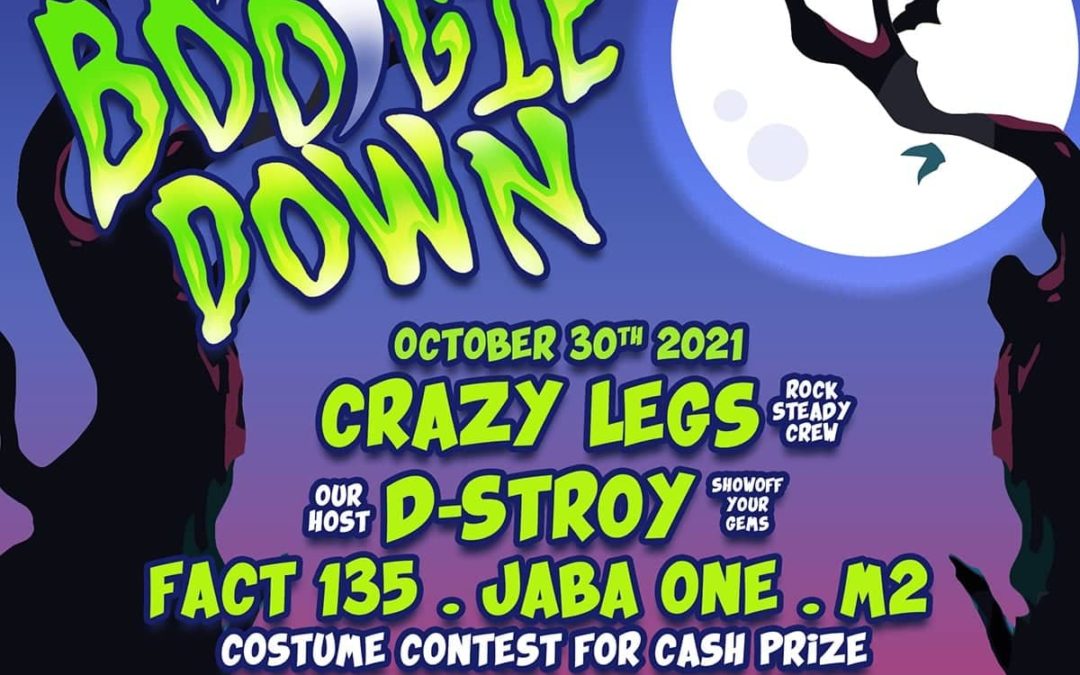 Boogie Down is the official Trilloween afterparty going down at Rips Bar immediately following the Trilloween festivities at Trill Hip Hop Shop on Saturday, October 30th. Boogie Down is a DJ event featuring Crazy Legs (Rock Steady Crew), as well as Coolin Out DJs Fact135, M2, and JabaOne.  The party will be hosted by D-Stroy of the Arsonists and Showoff Your Gems. If this is anything like the afterparty for Trill’s 2 year anniversary back in May of this year, then buckle up as you are in for quite a ride.

Crazy Legs is recognized as a pioneer, and is considered as one of the most influential and talented B-Boys of all time. He is an original member and President of the world famous Rock Steady Crew, a breaking crew that originated in Bronx, NY back in 1977. Rock Steady Crew gained mainstream popularity when they were featured in the cult classic movie Beat Street, a 1984 American drama film featuring the New York City hip hop culture of the early 1980s. They have been referred to by The New York Times as “the foremost breakdancing group in the world today.” 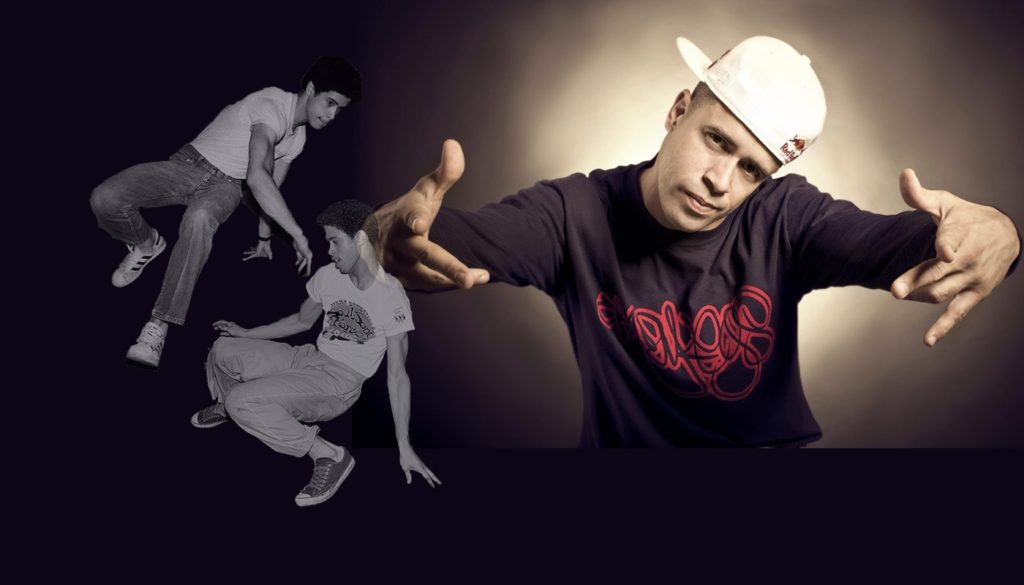 Crazy Legs has accomplished a lot during his career to date. Aside from becoming the president of Rock Steady Crew,  Crazy Legs won a 1992 Bessie Award for choreography.  Two Years later In 1994, he received the Hip Hop Pioneer Award from The Source. He then went on to be presented with the Source Youth Foundation Image Award in 2003, and later that same year he earned himself the 2003 AARTS Award from the Bay Shore Schools Arts Education Fund. Legs choreographed music videos for Wyclef Jean (in which was nominated for a MTV Award for Best Choreography) and Multi-Platinum artist Moby. He also brought the break dance form to London and Paris in 1983. 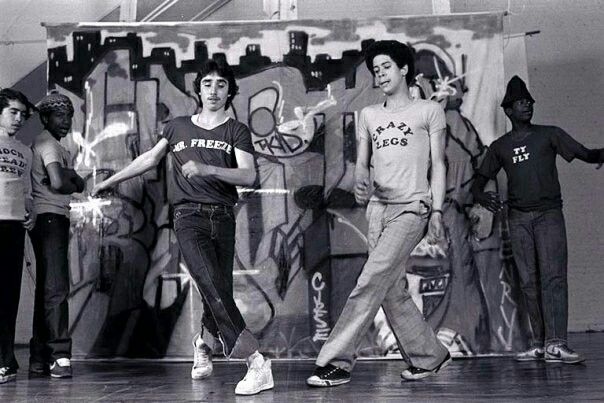 As I had mentioned earlier, Crazy Legs was in the movie Beat Street. This wasn’t his only movie appearance though. His original film debut came in 1982 when he played himself in the independent release, Wild Style, which is regarded as the first hip hop motion picture. Crazy Legs was also featured in Style Wars, a PBS documentary released in 1983 about early hip hop culture. He was even a street dancer, and also a heavily disguised body double for Jennifer Beals’ final dance scenes, in the movie Flashdance.

Although Crazy Legs retired from B-Boy competitions in 2012, he still promotes, organizes and performs at events world wide. The above mentioned accolades and accomplishments only scratch the surface of what this true pioneer has brought to the table for break dancing and hip hop culture. Now-a-days Legs has also gravitated towards DJing, which is perfect for someone so heavily immersed in hip hop culture. We are honored to have him as the headlining DJ at Boogie Down this year. 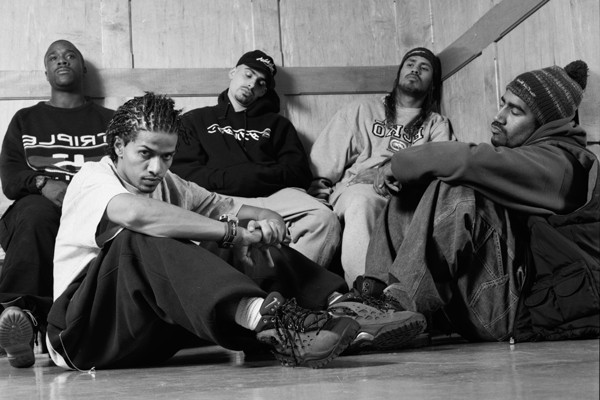 Since the Arsonists, D-Stroy has created a new brand and show called Showoff Your Gems, in which he features artists, actors, and fans showing off their collections of hip hop memorabilia, sneakers, and more. The show streams live at 7pm EST weekdays on D-Stroy’s official Instagram. D-Stroy is truly one of a kind. His hip hop knowledge is 2nd to none, and he is literally one of the funniest and most genuine people you will ever meet. We have been fortunate to have him involved with some of what we have going on over here at Trill Hip Hop Shop, and he has even blessed us by going live with Showoff Your Gems live at Trill shop several times.

Joining Crazy Legs and D-Stroy at Boogie Down will be DJs M2, JabaOne, and Fact135… All legends in the Arizona hip hop and DJ / Turntablist community. They are part of the Coolin’ Out DJ Squad, and residents of the World Famous Blunt Club, Arizona’s longest running and most respected hip hop night.

Boogie Down is going to be one hell of a party, and it is a FREE event.  The perfect follow up to Trilloween festivities at Trill Hip Hop Shop. Speaking of, there are still some tickets available for Trilloween. If you are looking to cop some make sure you do it soon as they are selling fast. You can purchase general admission or VIP tickets via Eventbrite here. 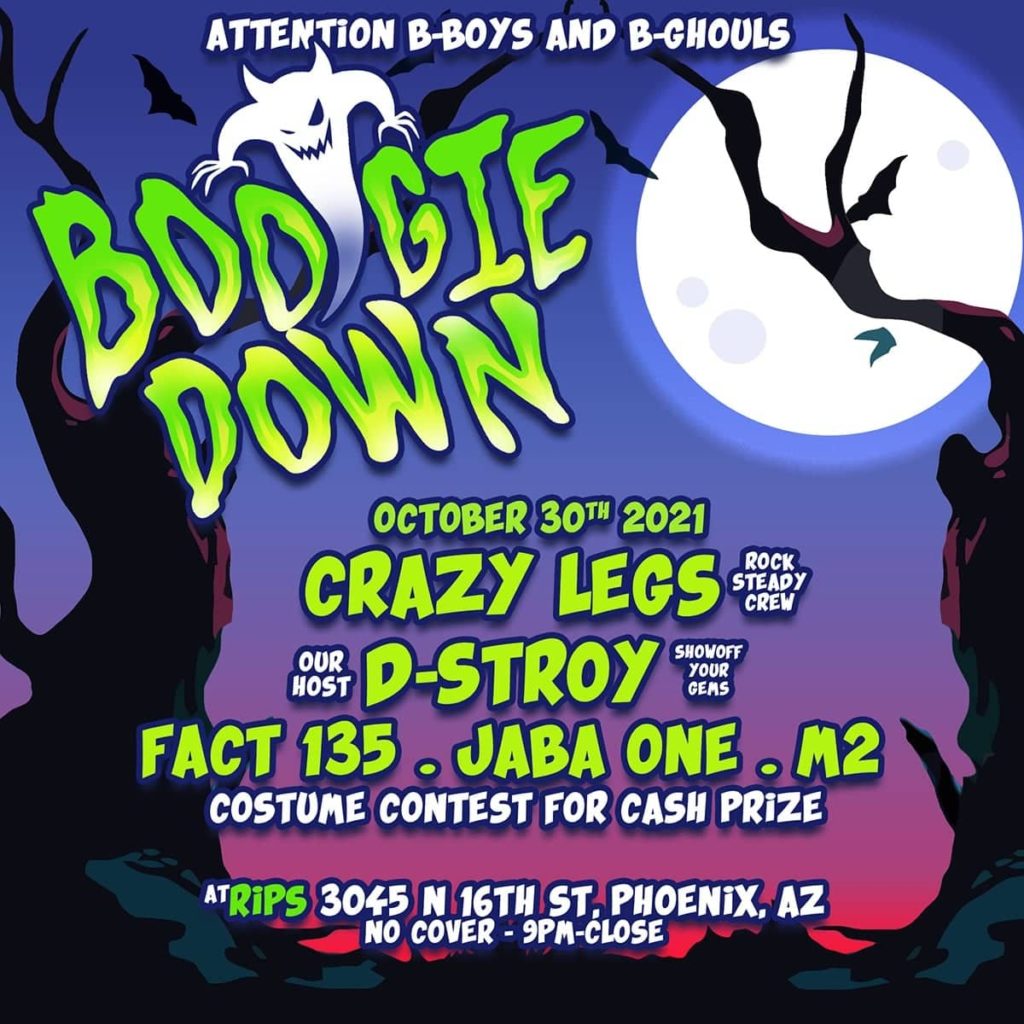