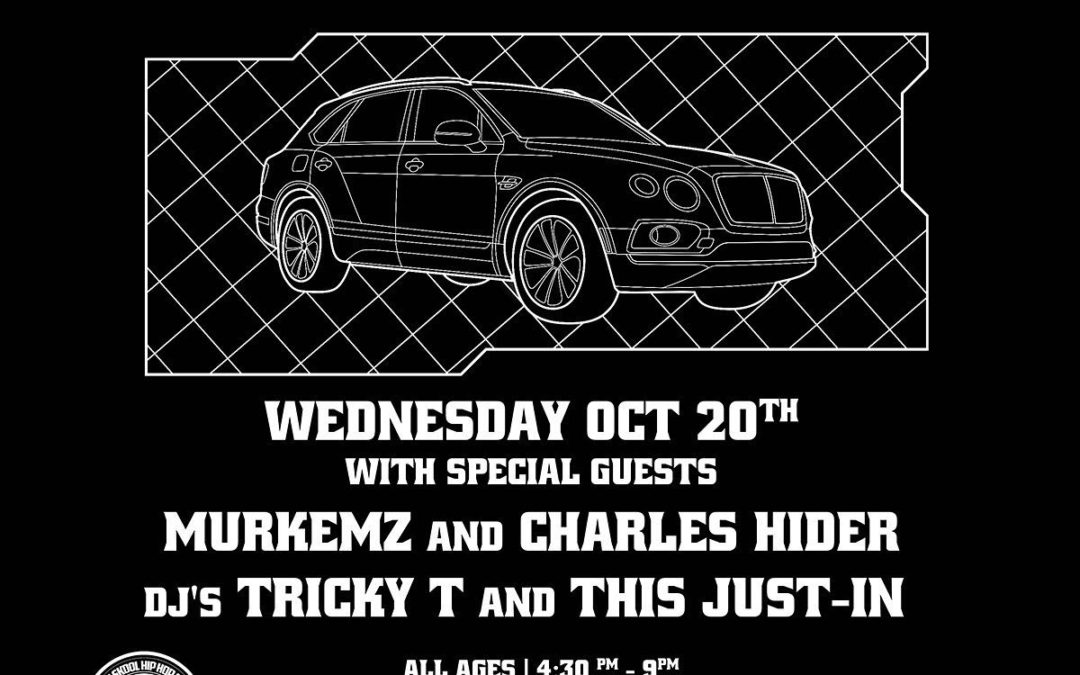 Griselda’s Boldy James is bringing his Bentayga Tour to Trill Hip Hop Shop Wednesday, October 20th! This is going to be dope to say the least as the events at Trill tend to have a more up close and personal feel than those at your typical venue. And besides, there is no better place to catch a hip hop show than at hip hop’s flagship store.

Although born in Atlanta, Boldy grew up in Detroit where he would discover his love of music after performing at a middle school talent show. Shortly after that is when he began to write his first lyrics and dove into the Detroit underground scene head first. Detroit has a tendency to breed dope MCs and Boldy James was no exception. His first major break came in 2009 with features on Don Cannon’s and the The Cool Kids mixtape Merry Christmas where he had a guest spot on 2 songs, “BBQ Wings” and “Tires”. This is when the Detroit lyricist’s career would start to kick in to full gear.

In 2011 Boldy James released his first solo mixtape, Trappers Alley Pros and Cons, which was named by Pitchfork as one of 2011s Most Overlooked Projects. He followed that with the release of his second mixtape, Consignment. Boldy was now on the radar of the national scene in a major way. He then released an EP entitled Grand Quarters in 2013. Now Boldy had the momentum he needed and a little later that year he released his first LP, My 1st Chemistry Set, which was exclusively produced by The Alchemist. The very next year Boldy James was one of the very first signees to  Mass Appeal Records.

Since then Boldy James has released 3 albums, 2 EPs, and several mixtapes. He signed with Griselda Records in 2020 and has became a force to be reckoned with. He is a natural with his flows and ability to tell a story. He will captivate you with his words in a way many cannot. Boldy is determined and destined to leave his mark in hip hop in a way only few have.

The Boldy James Bentayga Tour will hitting Trill Hip Hop Shop on Wednesday, October 20th. Boldy will be joined by Murkemz and Charles Hider, as well as DJs Tricky T and This Just-In. Tickets will be limited to help maintain an intimate setting and are available via Eventbrite here. 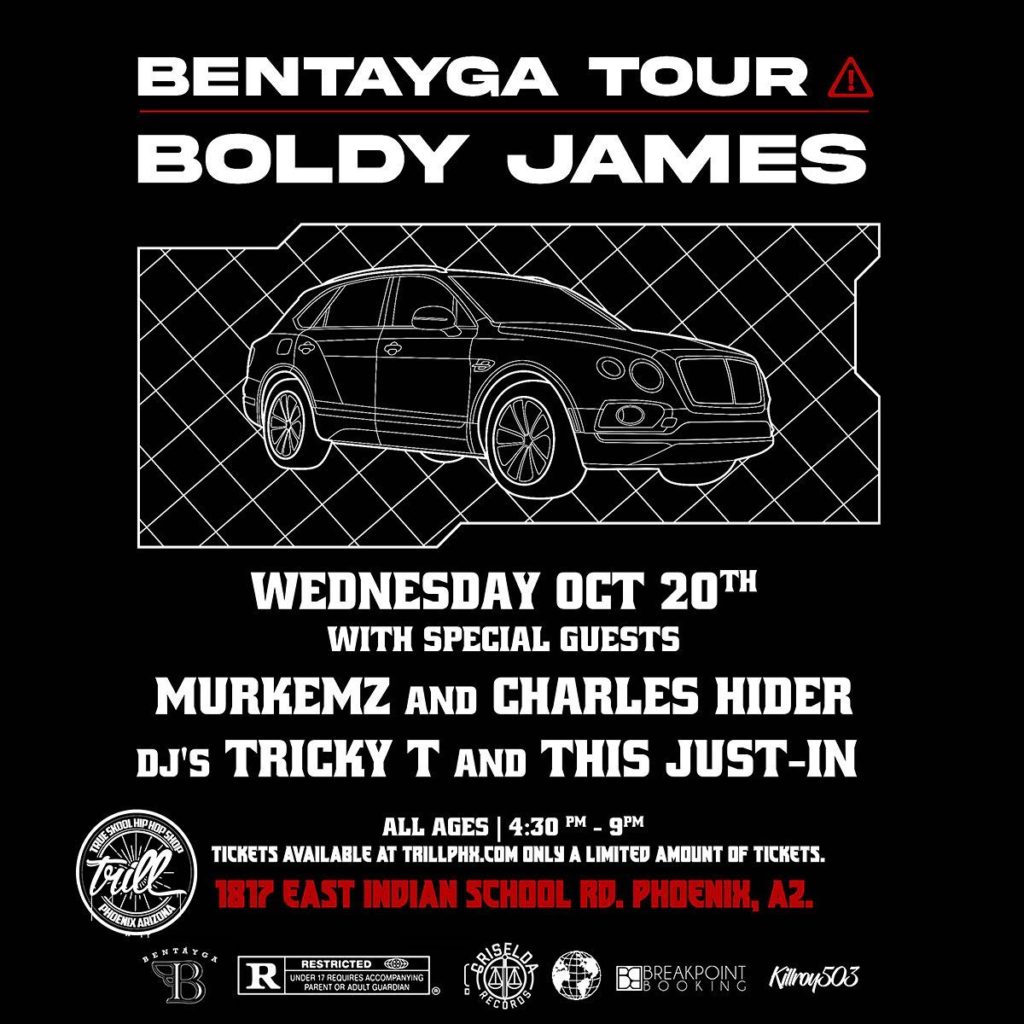