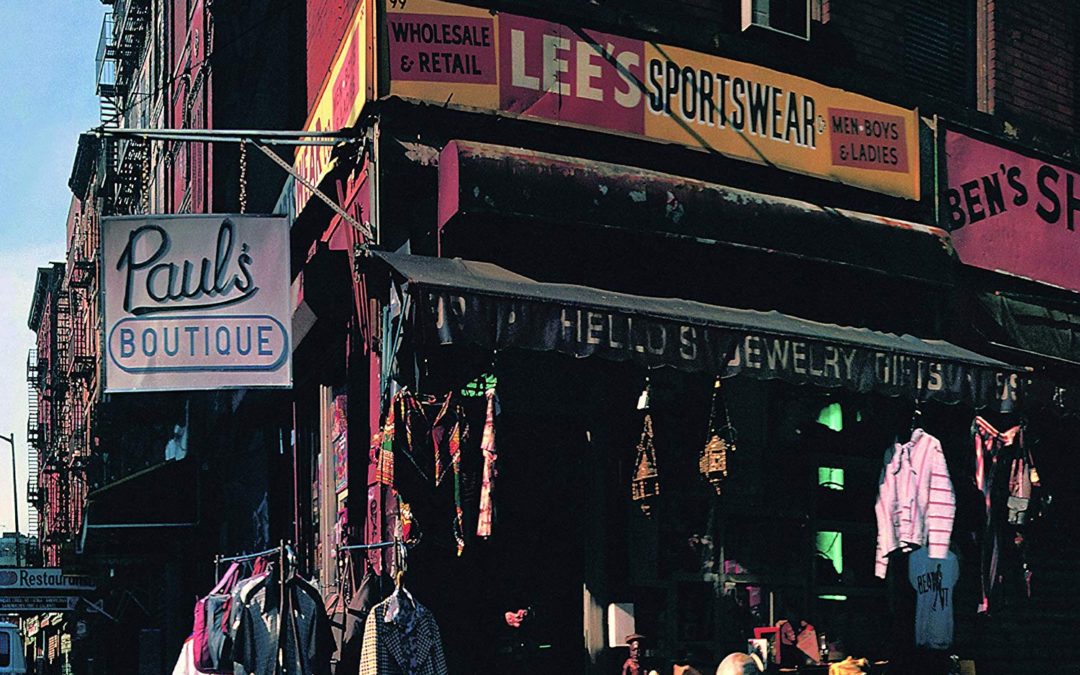 This is hands down my favorite Beastie Boys album. Although Paul’s Boutique didn’t reach the commercial popularity of their debut album, Licensed to Ill, it certainly is (IMO) their breakthrough album and has been often referred to as the Sgt. Pepper of hip hop. Released in July of 1989, Paul’s Boutique was composed almost entirely from samples by the legendary Dust Brothers who are considered innovators in multi-layer sampling. The NYC based trio’s goal was to create an album which focused on more creative depth than their freshman release, a goal which they certainly met and surpassed.

Upon it’s release Paul’s Boutique peaked at #24 on the charts, but as time passed would eventually reach double platinum as it gained more popularity with time. This more than solidified the fact that the entire project was ahead of it’s time. Today the album has found itself on several lists of the greatest albums of all time, and is viewed by many critics as a truly landmark album in hip hop.

Another notable mention would be the iconic album cover. I don’t think that there is a single person in hip hop that does not instantly recognize that street corner. The location for Paul’s Boutique was that of an existing clothing store on the corner of Rivington and Ludlow Streets, called Lee’s Sportswear. The front of the album cover would feature the clothing store, but the cover would fold out to reveal a stellar panorama of the entire intersection. The shot was originally credited to Nathanial Hörnblowér, but it was actually shot by Jeremy Shatan.

The Beastie Boys have certainly earned their place in hip hop history, and Paul’s Boutique has played a huge role in that. I have no doubt they would still be creating incredible music today if not for the passing of the late great MCA (RIP).

We have a few copies of Paul’s Boutique at Trill Hip Hop Shop. Slide through, grab yourself a copy, and check out all of the other new and used vinyl we have on deck!