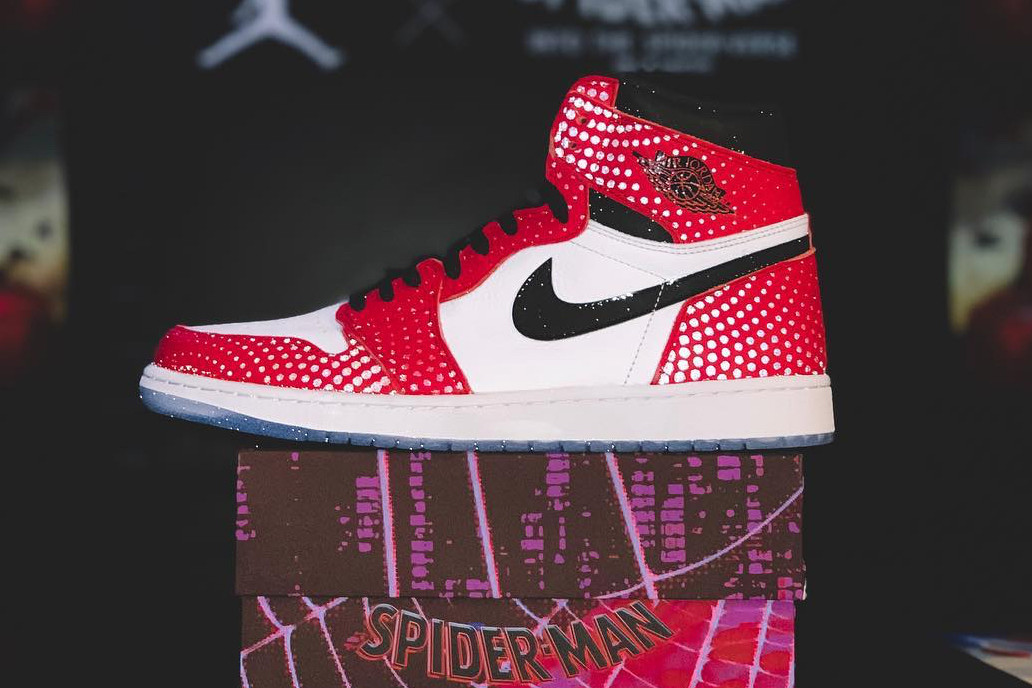 Nike’s  Air Jordan 1 Retro High OG “Origin Story” dropped today. Paying homage to Spiderman, this new Air Jordan is being released in conjunction with the  premiere of Spider-Man: Into the Spider-Verse. This new rendition is red and black, and falls inline with the typical OG sneaker feel. The Spiderman influence can be seen in the reflective material and dotted patterns along the upper. Although released today at the Regency Village Theater Premier in Westwood, an additional wider release will happen December 14th.