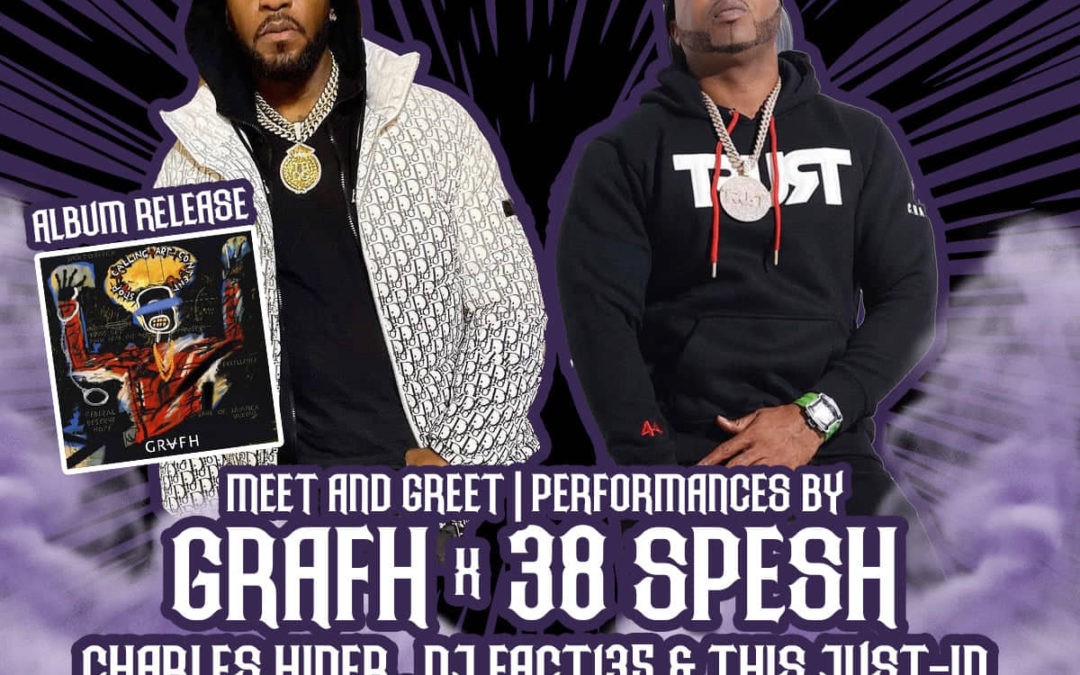 38 Spesh and Grafh will be stopping by Trill Hip Hop Shop to perform this Friday, November 12th. Talk about a nice way to kick off the weekend! This will be the official Phoenix area album release party for Grafh’s newest project, Stop Calling Art Content as well. To say we are excited, is an understatement.

38 Spesh hails from Rochester, NY and got involved in music in the early 2000’s. In 2006 DJ Green Lantern put him on one of his mixtapes, Alive on Arrival. By the end of the decade, 38 Spesh had headlined a couple of Lantern’s mixtapes. After a brief federal holiday, Spesh returned in 2012 with a hunger to create, releasing several quality projects and collabs over the next 10 years. His lyrical ability is just as outstanding as his production. To date he has worked with names such as Kool G Rap, Benny the Butcher, Rasheed Chappell, DJ Premier, Pete Rock and The Alchemist just to name a few.

Grafh is another NY native, this time hailing from Queens. Grafh has been on the scene for 2 decades. He is a true lyricist with powerful wordplay, that has gained attention on multiple levels through his mixtapes and guest verses. He has worked with Busta Rhymes, Sheek Louch, Jadakiss, DJ Green Lantern, Clinton Sparks, and several other heavy hitters in the industry. Unfortunately record industry politics and nonsense kept Grafh shuffled around and it took now for him to release his first studio album, Stop Calling Art Content.

We are very fortunate to have both 38 Spesh and Grafh coming through the shop to perform and meet with fans, as this all came together out of happenstance, or perhaps fate if you will. Either way, we feel very blessed to bring you the 38 Spesh and Grafh live in-store over here at Trill Hip Hop Shop.

Providing additional support will be Coolin Out DJs Fact135 & This Just-In, who will be on the wheels all night.

The performances and meet & greet will be kicking off promptly at 5pm. Remember, this is a FREE and ALL AGES event so mark your calendars and roll by the shop to show some support! 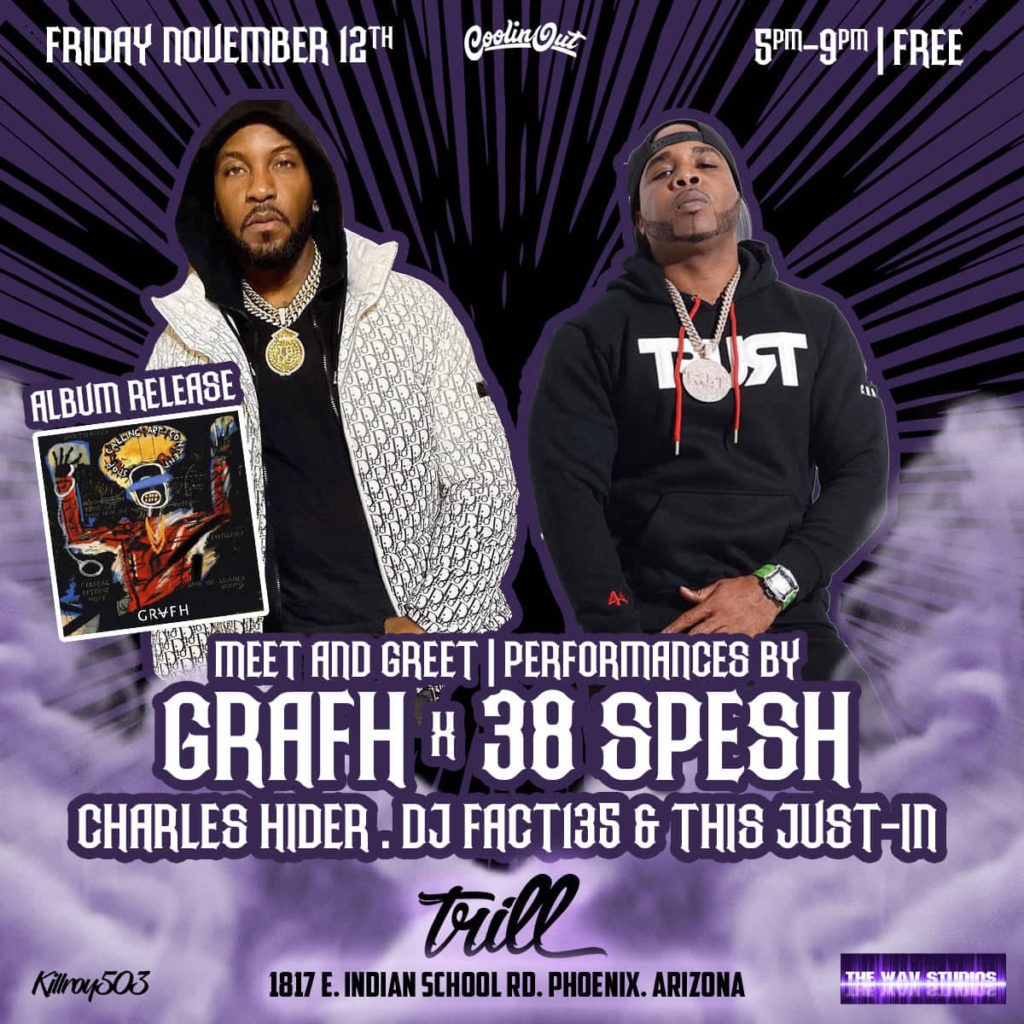